While the Union Budget has a total provision of Rs 4,831.48 crore for textile sector, there were no major industry specific incentives announced. Traditional textile artisans and craftsmen will also benefit from the increased allocation for the development of handloom, handicraft, wool, silk, jute and power loom sector. “The allocation has also been increased for skilling in textiles, which will benefit the industry in a longer run,” said Sanjay Jain, chairman, Confederation of Indian Textile Industry (CITI).  “The budget allocation has gone down from Rs 6,943.26 crore in financial year 2018-19. We expected more allocation for technology Upgradation fund (TUF) against the Rs 700-crore that has been announced because the obligations for the same run into a few thousand crores.” added Jain. Certain indirect benefits that have been announced in the Union Budget could help boost consumption.

While various steps in the budget like reduction in corporate tax will boost the domestic sector, relaxing local sourcing norms for FDI in single brand retail can be detrimental. “The extension of lower rate of 25 per cent corporate tax with an annual turnover up to Rs. 400 crores is a welcome step. Currently, this rate is only applicable to companies having annual turnover up to Rs. 250 crore,” Clothing Manufacturers Association of India (CMAI) president Rahul Mehta said.

“The infusion of Rs. 70,000 crore capital into public sector banks will ease the current credit squeeze. Also, the Rs. 350 crore allocated for 2 per cent interest subvention for all GST-registered MSMEs on fresh or incremental loans will give a big thrust to MSMEs. Considering that over 80 per cent of the domestic apparel industry is in the MSME sector, all these measures could provide a boost to the sector,” Mehta added.

On the other hand, Mehta stated that while details have not been announced, the relaxing of local sourcing norms for FDI in Single Brand Retail can be detrimental for the growth of the domestic apparel manufacturing industry. He felt that this move could work against the Government’s drive towards Make in India. “This will however encourage FDI in retail.”

The Southern India Mills’ Association (SIMA) chairman appreciated the announcement of One Nation One Grid power sector tariff and structural reforms. He stated that the textile industry being the power intensive industry and facing problem of stiff competition in the global market would greatly benefit with the proposed reforms addressing the barriers like cross subsidy surcharges, undesirable duties on open access and captive power generation. He stated that allocation of Rs. 700 crore for Amended Technology Upgradation Fund Scheme is very much on lower side as the total pending TUF subsidy under various TUF schemes amounts to around Rs. 10,000 crore.

Apparel Export Promotion Council (AEPC) welcomed the proposed procedural simplifications like interchangeability of PAN and Aadhaar, simplified single monthly return, fully automated GST refund module and the electronic invoice system. “The industry hopes to witness a reduction in the compliance burden following these measures,” AEPC said in a press release. “The industry today is faced with sever working capital shortage, due to long pending ROSL dues, difficulties in getting bank credits and GST refund blockages. We hope that the Rs. 70,000 crore proposed to be provided to PSBs will ease up the working capital credit flows,” the release added.

Welcoming the budget announcement regarding formation of a committee with government and private stakeholders to suggest action to move forward on women development. Indian Texpreneurs Federation (ITF) convenorPrabhuDhamodharan said, “Increasing the participation of women in workforce is one of the top most priorities of our country. The textile and apparel industry, which has around 40 per cent women workforce, can be part of this mission and contribute more towards women development. ITF will be keen to work on this mission.”

ITF also welcomed the allocation of Rs. 350 crore for 2019-20 towards 2 per cent interest subvention scheme to benefit around 20 per cent of MSMEs registered under GST. Mufti CEO VipulMathur picked two positive aspects from the Budget. “With labour also forming a key component of the retail sector, replacing multiple labour laws with a set of four labour codes will streamline processes, ensure standardisation and uniformity towards operations. They will provide security, better industrial relations and above all better health and working conditions for workers, who are the very backbone of what this industry has based its foundation on. “Secondly, one of the biggest highlights of the budget is the widening of the lower tax slab that now extends to companies with an annual turnover of Rs. 400 crore. This is highly important for the corporate sector as it will now cover almost all companies. With most of these companies facing hindrances with respect to their tax rates, this is a welcome boon to the industry as they will be able to operate in a more seamless manner.”

Sanjay Sethi, co-founder & CEO at ShopClues terms the budget to be well-calibrated comprising growth-oriented measures with special focus on attracting global and domestic investments and ease of doing business for start-ups. “This will certainly lead to infrastructure development, digital empowerment, and create more jobs. Capital gain exemptions for start-ups will further boost investments in the economy. “The government’s vision to make India a $5 trillion economy in the next few years is welcome and doable with industry participation. Announcements of easing sourcing norms in Single Brand Retail will give further boost to domestic manufacturing and job creation.” 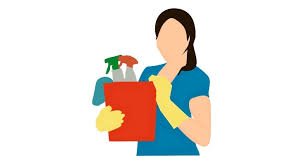