Skinny jeans may reign supreme, but that doesn’t mean it’s the only popular denim trend.

The cut, which flares slightly out at the bottom to accommodate a boot, was brought back by the brand’s designer Demna Gvasalia and featured in Balenciaga’s 2019 resort collection – to the dismay of many who prefer the style stay in the past.

On Twitter, Balenciaga version of the jeans and the announcement of a comeback have been met with a lack of enthusiasm.

“Balenciaga resort jeans are the scariest thing I have seen since Hereditary,” one person wrote.

Another asked: “Is this a joke?” while someone else said: “We can stop this. There’s still time.”

Unfortunately, the trend has already caught on with other brands as well – with Nordstrom offering high-end versions and Levi’s always producing the style.

However, whether the old-fashioned style actually catches on is questionable, as GQ points out that its return coincides with a fashion moment in history where unique sneakers are the centre of attention. 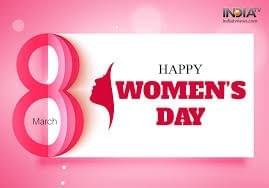