An Air India Express Boeing 737 broke apart after going off the runway at Kozhikode airport in the heavy rain on Friday night. 17 people including 2 pilots were dead in this plane crash. The flight had 190 passengers, out of which 184 were passengers. All the crew members were safe. The plane skidded off the runway at Kerala’s airport and fell into a 35-feet valley before splitting into 2 pieces.

As many as 100 people were injured. The accident took place at 7:41pm. About 3 hours later, all but 2 of the passengers had been evacuated from the plane due to the rain hampering effects. The plane had made 2 attempts which had been unsuccessful for landing the plane as it was thwarted by the rain, and strong winds. It made a rough landing on the 3rd attempt but was unable to stay on the runway and thus nosedived in the adjacent valley.

An Air India official said, “The plane broke into two pieces but did not catch fire”. In a statement, the Directorate General of Civil Aviation (DGCA) said, “Visibility was 2,000 metres and there was heavy rain”. It said the flight, IX-1344, short runway 10. Rescue operations went on till 11pm. A similar incident took place in Mangaluru in 2010. Home Minister, Amit Shah sent the National Disaster Response Force (NDRF) or assistance.

Chief Minister, Pinarayi Vijayan tweeted, “Have instructed police and fire force to take urgent action in the wake of the plane crash at the Kozhikode International airport (CCJ) in Karipur. Have also directed the officials to make necessary arrangements for rescue and medical support”.

Pilots and officials said that rain would have made it difficult to brake on the slippery runway. The plane is only about 15 years old and well maintained, said the pilot who recently flew the aircraft. In 2016, lawyer activist Yeshwanth Shenoy had filed a petition in the Kerala court flagging critical issues with Kozhikode runway. Niti Aayog, CEO Amitabh Kant tweeted that he had extended the runway from 4500 to 6000 feet when he was a district collector. 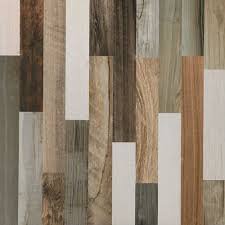