Union Minister of Commerce and Industry, Consumer Affairs, Food and Public Distribution and Textiles, Mr.Piyush Goyal said that exports have been one of the most defining features of the government’s efforts to make India a developed country by 2047, a vision articulated by PM Narendra Modi, in his Independence Day address to the nation this year. Mr Goyal said this in his opening remarks at the meeting of the reconstituted Board of Trade in New Delhi. The Minister said that global confidence in India’s prospects for growth were truly immense and called on the domestic industry to overcome all weaknesses when it comes to grabbing the plethora of growth opportunities available to the nation. The world is already looking at India as a super power, he added. Mr. Goyal highlighted that in the last few years there has been an attempt for foundational transformation in India which has hastened India’s march to be a developed nation. Calling for transparent, consistent, honest policies, the Minister said that government’s policies must be robust enough to deliver what was promised to the people. Mr. Goyal also spoke of the need to find ways to encourage people to comply and bring in transparency and ease of doing business. India should become an honest country, he added.

Mr. Goyal announced that Prime Minister Narendra Modi will release the Logistics Policy on 17th September. Stating that Trade is a strong pillar to achieve the five vows that Prime Minister Narendra Modi spoke of on 15th August, Mr. Goyal expressed confidence that today’s meeting reflects the collective belief of all of us in working towards achieving a developed India. Mr. Goyal stressed on the need to enter into more FTAs with developed nations. He urged participants of the Board of Trade meeting to focus on the possibilities each sector has in FTAs. Concluding his address, Shri Goyal said all the issues raised by the participants will be addressed and the suggestions made by them in the Meeting today will be considered. The Board of Trade meeting focused on export target setting, the new Foreign Trade Policy (FTP) (2022-27), and the strategies and measures to be taken in order to take forward domestic manufacturing and exports. Board of Trade (BOT) has been constituted by merging Council for Trade Development and Promotion with Board of Trade vide notification No. 11/2015-20 dt 17th July 2019.

The Board of Trade, interalia, advises the Government on policy measures connected with the Foreign Trade Policy in order to achieve the objectives of boosting India’s trade. It provides a platform to state governments and UTs for articulating state-oriented perspectives on Trade Policy. It also acts as a platform to Government of India for appraising State Governments and UTs about international developments affecting India’s trade. It is an important mechanism for deliberations on trade related issues with industry bodies, associations, export promotion councils, and state and UT governments. There were 29 new non-official members who were also invited for the first time in this Board of Trade meeting. During the Board of Trade meeting, presentations were made on a variety of subjects such as India’s Import/ Export Performance, restructuring of the Department of Commerce, FTAs and way forward, States export performance, District as Export Hubs, new proposed Foreign Trade Policy, trade remedial, trade facilitation measures undertaken by customs, Government e-Marketplace etc. Ministers from states made interventions in the meeting, giving their state-specific suggestions, and also expressed their support to the central government initiatives in promoting the external trade. The inaugural ceremony saw the participation of Ministers of State for Commerce and Industry, Mr. Som Parkash and Ms. Anupriya Patel, Commerce Secretary, Mr. BVR Subrahmanyam, Revenue Secretary, Mr.Tarun Bajaj, Director General of Foreign Trade, Mr. Santosh Sarangi, Secretary Dpt of Financial Services, Sanjay Malhotra, Member Customs, Rajiv Talwar and other senior officials and members of Indian industry. The meeting was attended by Various State Ministers and other senior officials of key line ministries and States, all major trade and industry bodies, Export Promotion Councils and industry associations. 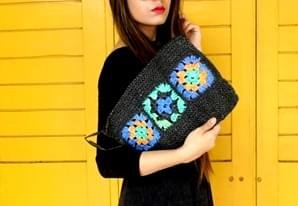