Economists, chamber leaders also call on the govt to entrust BEZA with the revamping job

Economists and chamber leaders are of the view that public sector jute mills should be handed over to efficient private sector entrepreneurs, instead of running the mills under the Public-Private-Partnership (PPP) initiative.

Initiatives such as joint venture or foreign direct investment (FDI) could also be considered by the government to turn the loss-making entities into profitable new ventures under new ownership patterns.

In that case, they have advised the government for allowing both jute and non-jute industries to redesign with newer industrialization plans on the defunct jute mills compounds so that enough employment opportunities are created.

Talking to Dhaka Tribune, former finance advisor to the caretaker government Mirza Azizul Islam said the experience of PPP has not been fruitful in the past.

“So now the public sector jute mills should be handed over to the best entrepreneurs in the private sector,” Mirza Aziz emphasized.

“Experienced entrepreneurs should be picked from the diversified jute goods” he adds.

“Not only jute, but other factories also could be accommodated in the jute mills’ compounds so that industrial activities can take benefit of the almost ready infrastructure,” Moazzem told Dhaka Tribune.

Small and medium enterprises may be given priority under long-term lease agreements, maintains the economist.

Metropolitan Chamber of Commerce and Industry (MCCI) President Nihad Kabir says, “In my humble opinion, PPP and G2G are not appropriate models for trying to refurbish and reopen obsolete mills like these. There will be further wastage of time, energy and human resources in doing this, whereas, those can be used more effectively in building appropriate industries for the new world we are facing.”

She says most of the mills are on prime land and in prime locations, with existing utility connections and access to sources of labour. These should be offered to private sector entrepreneurs at fair value, to purchase and set up whatever industry they feel appropriate, she recommends.

“If there are entrepreneurs willing to go into a joint venture or lease any of the jute-mills, by all means, they should be allowed to do so, again on fair terms, without burdening them with the old debts incurred. There are some cases where the jute mills have government and private sector shareholders. The government should offer their shares to the private sector shareholders at a fair value to exit the relationship,” Nihad adds.

The MCCI President thinks proper planning is required to obtain the best results after the hard decision to close the mills.

“The new potential investors for these enterprises must be provided with policy and fiscal support, and the past burdens of the companies must not be placed on them. The whole process should be viewed from a business perspective, which will ultimately generate economic, social and political benefits,” suggests Nihad Kabir.

DCCI President Shams Mahmud says, “Though the experience of PPP has not been fruitful in the past, this will provide a window for good companies in the private sector to go for expansion with the focus on technical fabrics, value-added products etc. Also with demand rising for sustainable eco-friendly products in the private sector globally, it will provide new opportunities.”

He says the availability of land can help create a supply chain and backward linkage facility within the same premises which will make it sustainable. But in order to make this viable and sustainable, deemed export support or backward linkage incentives such as the one’s given to the RMG industry, needs to be implemented, he adds.

Former President of FBCCI Abdul Matlub Ahmad advised the government to become careful in the process of divesting BJMC mills, as in the past some had bought public sector jute mills and other enterprises only for the land.

“Greed was the essence of the earlier deal. Modernization, new computerized machinery, latest technology and variety of finished products can now be made. Further, in early times, the stumbling block is the labour union and the labour attitude. They need to have a new vision, “Matlub says.

“If you have ever been to a jute mill, you would have seen the huge difficulty and unhealthy working conditions. The efficiency of the workers will change remarkably. The burden of a huge, inefficient industry will be gone forever under a planned handover,” the business leader hopes.

Asif Ibrahim, former DCCI president says, “To recover from the economic downturn due to the coronavirus pandemic we need to stimulate private investments, joint ventures and FDIs in the jute mills.”

BIDA can immediately identify potential investors who wish to relocate and incentivize them to use this opportunity, he maintains.

“Not necessarily only jute mills will be allowed to operate. We can invite foreign investment through joint ventures for manmade fibre textiles, which will yield better returns.” 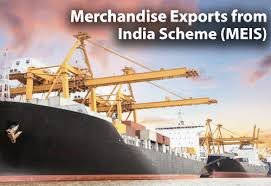