Singapore, 16th June, 2020 – Global digital assets trading platform BiKi.com is pleased to announce that Multicoin will be listed soon on the exchange. An ERC-20 compliant token, the Multicoin is the sole medium of exchange on the Multiven Open Marketplace (MOM), the world’s first and most advanced blockchain-based marketplace that enables peer-to-peer e-commerce transactions with on-chain proof-of-ownership record.

“We are happy to be supporting a project that has shown lots of potential and  already has a working PoC (Proof-of-Concept),” says Ethan Ng, CEO of BiKi.com Southeast Asia. “Since coming out of beta in December 2019, the platform has successfully transacted for global consumers from Asia, Europe and Latin America and continues to keep expanding its market.”

“As most of the goods on Amazon and AliExpress are made in China, we are partnering with BiKi, an exchange with strong grassroot footprint in China, to market MOM to Chinese manufacturers and merchants who currently trade on Amazon, that there is a better, geo-politically neutral, way to trade online. It’s called MOM, powered by one single global currency, the Multicoin,” states Peter Alfred-Adekeye, Founder and CEO of MOM and Multiven.

Ushering in an Era of Trustless E-commerce

Disrupting the existing e-commerce industry, the MOM marketplace operates essentially as a blockchain-based Amazon or Alibaba, with the key advantage that there are no intermediaries between merchants and consumers. Using the Multicoin (MTCN) cryptocurrency, anyone can buy and sell computers, phones, luxury goods, cars and more, peer-to-peer.

Since anyone with a computer or smartphone browser crypto wallet extension can acquire Multicoin, MOM is also enabling the 1.7 billion unbanked consumers worldwide with no credit cards, that have been excluded from online commerce, to join the e-commerce revolution. Thus, MOM further expands the potential customer base for Chinese merchants by almost 2 billion people.

The absence of intermediaries like Amazon, Alibaba and legacy OEM sales distribution channels means that shopping on MOM translates to unprecedented lower acquisition costs for consumers. Simply put, shopping on MOM incurs 0% commission. Hence, whether one is buying a Nintendo switch for 100 MTCN or a telco company is buying a core router for 30 Million MTCN, the only cost they will both incur is the less than €1 fee to mine the transaction.

Furthermore, to ensure that transacting parties are honest, both buyers and sellers need to stake refundable Multicoins which amount to twice the value of the transacted products. Should either party default in their obligations, their staked Multicoins are burnt as a deterrent.

Trade Wars can Turn the Tide to Favor Politically-Neutral Platforms

Setting its sights on gaining global market share in the online e-commerce space, MOM is of the opinion that the ongoing economic trade wars between the US and China could work in its favor. This scenario would likely cause Chinese merchants to seek out politically-neutral and decentralized platforms like MOM, that are immune to the fallout of the trade war, to sell their goods.

In addition, unlike Amazon and many other platforms, MOM does not collect or store personal information or browsing histories of consumers. This is yet another feature that will work to MOM’s advantage amid the growing concerns over user privacy in the global data landscape.

One of MOM’s most important value propositions to the world is that it is probably the only online marketplace where all products are genuine because ownership history Is recorded immutably on the blockchain. As Peter Alfred-Adekeye states, “Like Bitcoin, no government can control or seize your Multicoins.” 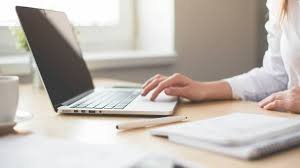 What is a Sustainable Garment? Office Bearers of ITAMMA for the period 2020-21