Belgium, country of northwestern Europe. It is one of the smallest and most densely populated European countries, and it has been, since its independence in 1830, a representative democracy headed by a hereditary constitutional monarch. Initially, Belgium had a unitary form of government. In the 1980s and ’90s, however, steps were taken to turn Belgium into a federal state with powers shared among the regions of Flanders, Wallonia, and the Brussels-Capital Region.

Culturally, Belgium is a heterogeneous country straddling the border between the Romance and Germanic language families of western Europe. With the exception of a small German-speaking population in the eastern part of the country, Belgium is divided between a French-speaking people, collectively called Walloons (approximately one-third of the total population), who are concentrated in the five southern provinces (Hainaut, Namur, Liège, Walloon Brabant, and Luxembourg), and Flemings, a Flemish- (Dutch-) speaking people (more than one-half of the total population), who are concentrated in the five northern and northeastern provinces (West Flanders, East Flanders [West-Vlaanderen, Oost-Vlaanderen], Flemish Brabant, Antwerp, and Limburg). Just north of the boundary between Walloon Brabant (Brabant Walloon) and Flemish (Vlaams) Brabant lies the officially bilingual but majority French-speaking Brussels-Capital Region, with approximately one-tenth of the total population.

country straddling the border between the Romance and Germanic language families of western Europe. With the exception of a small German-speaking population in the eastern part of the country, Belgium is divided between a French-speaking people, collectively called Walloons (approximately one-third of the total population), who are concentrated in the five southern provinces (Hainaut, Namur, Liège, Walloon Brabant, and Luxembourg), and Flemings, a Flemish- (Dutch-) speaking people (more than one-half of the total population), who are concentrated in the five northern and northeastern provinces (West Flanders, East Flanders [West-Vlaanderen, Oost-Vlaanderen], Flemish Brabant, Antwerp, and Limburg). Just north of the boundary between Walloon Brabant (Brabant Walloon) and Flemish (Vlaams) Brabant lies the officially bilingual but majority French-speaking Brussels-Capital Region, with approximately one-tenth of the total population.

Belgium and the political entities that preceded it have been rich with historical and cultural associations, from the Gothic grandeur of its medieval university and commercial cities and its small, castle-dominated towns on steep-bluffed winding rivers, through its broad traditions in painting and music that marked one of the high points of the northern Renaissance in the 16th century, to its contributions to the arts of the 20th century and its maintenance of the folk cultures of past eras. The Belgian landscape has been a major European battleground for centuries, notably in modern times during the Battle of Waterloo (1815) and the 20th century’s two world wars. Given its area and population, Belgium today is one of the most heavily industrialized and urbanized countries in Europe. It is a member of the Benelux Economic Union (with the Netherlands and Luxembourg), the European Union (EU), and the North Atlantic Treaty Organization (NATO)—organizations that all have headquarters in or near the capital city of Brussels.

Belgium’s long and rich cultural and artistic heritage is epitomized in the paintings of Pieter Bruegel, the Elder, Jan van Eyck, Hans Memling, Dieric Bouts, Peter Paul Rubens, René Magritte, and Paul Delvaux in the music of Josquin des Prez, Orlando di Lasso, Peter Benoit, and César Franck; in the dramas of Maurice Maeterlinck and Michel de Ghelderode and the novels of Georges Simenon and Marguerite Yourcenar in the mapmaking of Gerardus Mercator; and in the many palaces, castles, town halls, and cathedrals of the Belgian cities and countryside.

The federal structure of Belgium encourages the drawing of cultural distinctions among and between Flanders, Wallonia, and the small German-speaking minority—institutionalized as formally empowered “communities.” Through educational initiatives, language promotion, and patronage of the arts, these communities see to it that regional cultures do not lose their distinctiveness. In addition, some regions are more strongly associated with particular cultural attributes than others. Flanders is particularly noted for its visual art, and various schools of painting have arisen there. In music, avant-garde tendencies have become influential in Brussels, Liège, Ghent, and Antwerp, while Hainaut remains the centre of the classical and popular traditions.
Belgium’s strong tradition of fine cuisine is expressed in its large number of top-rated restaurants. The country is known for moules frites (mussels served with french fries) as well as waffles, a popular snack item. Belgian chocolate is renowned around the world and may be considered a cultural institution. Chocolatiers such as Neuhaus, Godiva, and Leonidas, among others, are internationally acclaimed for their truffles and candies sold in small, distinctive cardboard boxes. Chocolate is one of Belgium’s main food exports, with the majority being shipped to other EU countries.

Beer is Belgium’s national beverage; the country has several hundred breweries and countless cafés where Belgians enjoy a great array of local brews, including the famed Trappist and lambic varieties. While the reputation of Belgian beer is often overshadowed by that of its larger neighbour, Germany, the brewing and consuming of beer within the country is a cultural institution in and of itself. Most beers have particular styles of glasses in which they are served, and a variety of seasonal brews are synonymous with various holidays and celebrations. It is also common for special brews to be created for occasions such as weddings, a tradition that is reported to have begun in the early 1900s, when nearly every village had a brewery. In many small Belgian villages, the brewer was also the mayor.

Festivals focus on regional history and the celebration of the seasons. In the Walloon area there are joyous spring festivals, such as the carnivals of Binche and Stavelot; summer festivals, such as the procession of giants at Ath and the dragon battle in Mons; and the winter festivals of St. Nicholas, Christmas, and the New Year. In Flanders these festivals have become folkloric celebrations with a religious or historical character. Notable events include the Festival of Cats in Ypres, which is held once every three years and commemorates a practice from earlier centuries of tossing cats from the tower of the Cloth Hall to keep their numbers under control. (The cats helped guard textiles kept in the Cloth Hall from rodents, but once the textiles were sold, the cats tended to proliferate.) Today the festival re-creates this practice with toy cats and, more generally, celebrates cats as a species. Another popular event is the Procession of the Holy Blood; held in Brugge, it is the modern continuation of a medieval tradition of parading through the city with what was said to be the coagulated blood of Christ—taken from his body after the descent from the cross. According to legend, the relic at the centre of the ceremony was brought back to Brugge by Thierry, the crusading count of Flanders, in the 12th century. Finally, marionette shows survive in the Toone Theatre in Brussels. The traditional folk culture is in marked contrast to modern forms of popular culture, which, as everywhere in the West, are dominated by television, cinema, and popular music.

Belgium’s rich heritage makes it an artistic centre of considerable importance. The paintings of the Flemish masters are on display in museums and cathedrals across the country; Belgium’s contribution to Art Nouveau is clearly evident in the Brussels cityscape, and folk culture is kept alive in a variety of indoor and outdoor museums. Among the most celebrated examples of Art Nouveau architecture in Brussels are the home of architect Baron Victor Horta, which is now a museum, and the Stoclet House, designed by Josef Hoffmann. The latter was designated a UNESCO World Heritage site in 2009.

Belgium holds several significant annual musical events, including the Queen Elisabeth International Music Competition. Belgians also have taken a foreign musical form, American jazz, and made it very much their own. The style owes much to Antoine-Joseph Sax, the Belgian-born instrument maker who invented the saxophone. Practitioners of homegrown jazz have included cabaret singer Jacques Brel, jazz harmonica player Jean (“Toots”) Thielemans, and the legendary Django Reinhardt, a Belgian-born Rom (Gypsy) who mastered a guitar style that wedded Duke Ellington to flamenco. Belgium teems with jazz clubs and bistros and hosts a number of respected jazz festivals each year. Belgians also played an important role in the creation of techno music late in the 20th century.

Literary works produced in Flanders have a style peculiar to the region, whereas in the Walloon area and in Brussels most authors write for a larger French readership that is inclined especially toward Parisian tastes. Moreover, some works that are thought of as French are written by Belgian authors living in France, and others are by writers living in Belgium who are considered French.

In Belgium the comic strip is a serious and well-respected art form that has become part of the country’s modern cultural heritage. Children throughout the world became familiar with the adventures of the boy hero Tintin, who was created by Hergé (Georges Rémi) and was featured in a comic strip that first appeared in 1929. The Smurfs, created in 1958 by Peyo (Pierre Culliford), became world famous as a television cartoon series. Brussels is home to a large comic-strip museum that attracts visitors from throughout Europe. Exporters of clothing are looking for financial assistance 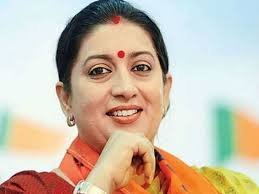 New textile policy for overall development of the sector in works: Smriti Irani. Non-Wovens: The Upsurging Demand During Covid-19