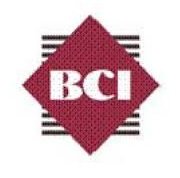 The Better Cotton Initiative (BCI) welcomed more than 210 new members across its membership categories in the second half of 2019. The new members included 32 retailers and brands from 13 countries, 179 suppliers and manufacturers and three civil society organisations, including the Indira Priya Darsini Women’s Welfare Association from India.

The other two civil society organisations are the Sustainability Innovation Advocacy Foundation Pakistan, an organisation of researchers, scientists and policy scholars committed to sustainable development, and the Pakistan Rural Workers Social Welfare Organisation, which seeks to improve the socio-economic conditions of disadvantaged, vulnerable and rural communities.

BCI works with members across the cotton supply chain and beyond to ensure there is continuous demand and supply of Better Cotton – cotton produced by licensed BCI Farmers in line with the Better Cotton Principles and Criteria.

At the end of 2019, BCI had welcomed more than 400 new members across its membership categories, closing the year with a total of 1,842 members.

The total uptake of Better Cotton by BCI Retailer and Brand Members in 2019 surpassed 1.5 million metric tonnes, a record for BCI, according to a press release from the organisation. Malegaon powerloom shutdown: Unlocking the depths of Malegaon industry, which was worst impacted by the Covid 19 lockdown