Bank credit has grown at its slowest pace ever recorded indicating weak demand for loans, especially from companies and also a gradual shift by the higher rated borrowers to the bond market.

Credit growth slowed further to 5.6% in the fiscal ended March 2021 compared with 6.1% reported in fiscal 2020, RBI data showed. This is the slowest pace of growth since the data available on the RBI website as far back as 1965.

Madan Sabnavis, chief economist at Care Ratings, said the slowdown in credit demand indicates the lack of investment appetite from corporate India and also the reluctance of banks to expand credit to lower-rated companies.
“This growth is the slowest ever beating last fiscal’s growth which was also a record. Lack of demand from companies, banks’ reluctance to disburse large loans due to fear of them turning bad and the exodus of higher-rated companies towards the bond market are all factors which have contributed to this weak demand,” Sabnavis said.

Companies are major borrowers of credit from banks due to their large requirements for investment as well as working capital requirements. However, the slowdown in growth, disruption due to Covid and low capacity utilisation for the better part of the last decade reduced demand for loans from banks, their main source of funds.

Banks’ risk aversion due to the brutal impact of the pandemic on certain sectors in fiscal 2021 and delays in projects, for the better part of the last decade, by sectors like manufacturing which have traditionally been large credit guzzlers have also hit credit growth.

Even as credit growth has slowed, deposit growth has picked up pace over the last fiscal. Deposit growth increased to 11.4% in March 2021 from 7.9% in fiscal ended March 2020 indicating risk aversion by savers as they preferred to keep money in banks rather than invest or spend for personal consumption.

Sabnavis said low demand for credit is an indicator of poor investment in the macro economy. Moreover, the credit growth numbers, like in all years, would also include interest payments which are added back by banks and are not indicative of demand for new loans. 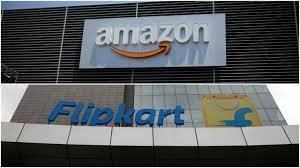