Bangladesh’s apparel manufacturers are bearing the brunt of the Covid-19 pandemic. They are requesting for more time to repay their bank loans. The government has always been sympathetic and positive in maintaining the development and growth of the sector, a letter said. The letter also read that the entrepreneurs and the government had hoped that the impact of Covid 19 would decrease soon and the apparel sector would turn around.
The Bangladesh Garment Manufacturers and Exporters Association (BGMEA) has asked Finance Minister AHM Mustafa Kamal to extend their payback time to December 31st of this year. They argue that if the loans are not repaid on time, the borrower should not be deemed a defaulter. According to Faruque Hassan, president of BGMEA, the garment sector accounts for the majority of Bangladesh’s export revenues.
According to the letter, Covid-19’s situation is deteriorating by the day. It stated that the prices of the garment industry’s key raw materials, yarn and cloth, have risen unnaturally in recent times. This industry employs approximately 2 crore people, both directly and indirectly. It was stated that if there is a disaster in the readymade garment industry, it will have a detrimental impact on other linked sectors.
According to the apparel manufacturers BGMEA and BKMEA, the rise in yarn and raw material prices is reflected in garment export pricing. As a result, while overall export income grew slightly, the price of apparel did not.
The apparel makers also expressed profound concern about the industry’s future, investment, condition, and management of other activities, including salary payment to workers.
According to BGMEA and BKMEA, the country is experiencing a liquidity crisis. The half-year bank holiday is approaching, and Eid-ul-Azha will be celebrated next month. According to them, entrepreneurs will want a large sum of money to pay workers’ wages, allowances, and bonuses. They also stated that commerce has not yet returned to normal, and that there is a lack of capital. 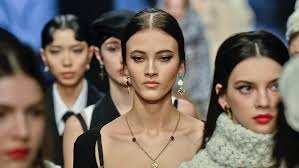