On 29th June ’20 the government banned 59 Chinese apps and another 47 Chinese apps were banned on 27th July ’20, said that this step should have been taken earlier. These apps posed a national threat to the country’s “sovereignty and security”. Amid the border tension between China and India, these mobile applications were banned. Some prominent apps among them are UC Browser, Share It, Club factory and Shein. The second decision included clones and different versions of some of the original apps.

The ban has been imposed under section 69A of the Information Technology Act read with relevant provisions of the Information Technology (Procedure and Safeguards for Blocking of Access of Information by Public) Rules 2009. The government also cited complaints that Indian information was being transferred abroad without any kind of authorization. In a press release, the government said the applications are engaged in activities “prejudicial to sovereignty and integrity of India, defence of India, security of state and public order.”

China thinks that technology is a field in which it can go ahead of US and thus began a Digital Silk Route (DSR). Essentially the DSR incorporates telecoms, media and technology to develop the Belt and Road Initiative (BRI) across Asia, the Middle East, Europe, Africa and Latin America. The three drivers are: Chinese telecoms equipment makers, Data Centre and Storage Infrastructure along the economic corridors, finally Chinese companies using this to export interpretation of smart city sensors and data platforms.

The ban of Chinese apps was recommended by the Ministry of Home Affairs. “The compilation of the data, its mining and profiling by elements hostile to national security and defence of India, which ultimately impinges upon the sovereignty and integrity of India, is a matter of very deep and immediate concern which requires emergency measures,” it said. “There have been raging concerns on aspects relating to data security and safeguarding the privacy of 130 crore Indians. It has been noted recently that such concerns also pose a threat to sovereignty and security of our country.”

Investors in Indian social apps say that competition will come down due to the ban on Chinese apps. The government has drawn up a list of 275 Chinese apps and will see if there is any violation in terms of national security and user privacy. Nearly 15 new mobile applications such as ByteDance-owned video editing app CapCut and Xiaomi’s browser app were included in a follow-up ban on 47 Chinese apps late last month. The remaining were ‘lite’ or ‘pro’ versions of the apps that the government banned earlier in June, including TikTok and Helo, both owned by ByteDance, the list showed.

One of the government officials said that “We will take a call on further action if any of the apps try to come back with different names.” Executives are concerned that more apps from their stable will be blocked in future. 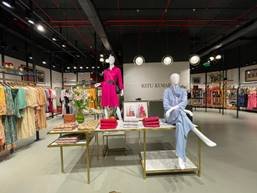