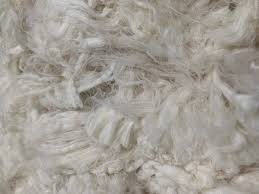 New South Wales-based AWN, established 21 years ago by a group of woolgrowers and other industry professionals and now Australia’s largest independent wool broker, already has a strong wool presence in WA, but not under its own name.

On Monday AWN announced it plans to build on that existing presence using its name for the first time here and to add livestock selling and procuring to the suite of services it offers.

Since 2008 AWN has partnered with local broker Dyson Jones Wool Marketing Services and has now confirmed it will operate “side-by-side” with Dyson Jones – in which it has a major shareholding – to provide an additional marketing option for WA woolgrowers.

AWN is understood to have established a separate woolstore base for its WA operations, close to the Dyson Jones woolstore in Bibra Lake.

A spokesperson for the company confirmed it also intended to “replicate” its Eastern States’ sheep and cattle livestock services in WA.

AWN has previously not had a livestock agency involvement here.

A general manager for its WA operations is expected to be announced “in coming weeks”, the spokesperson said.

The AWN expansion in WA appears timed to capitalise on any local operational fallout from the merger of Landmark and Ruralco – which owned Primaries of WA – to create Nutrien Ag Solutions.

High-profile wool brokers who previously worked for Primaries are understood to have joined AWN after last Friday and are likely to be talking to their previous wool clients across the Wheatbelt and Great Southern very shortly.

Primaries’ longest serving broker Carl Poingdestre moved across to Dyson Jones last year when the demise of Primaries was first mooted as a consequence of Nutrien Ag Solutions being created.

Through its Direct Network Advantage (DNA) wool provenance program previously reported in Farm Weekly, AWN, via Dyson Jones, already has strong wool marketing links with nine Williams woolgrowers who have signed up for the program.

Currently their wool is turned into premium garments in Melbourne – where AWN has its MerinoSnug luxury brand garments made – and the men’s and women’s clothing range made from Williams wool is marketed online and through the Williams Woolshed retail outlet.

CLink – the name stands for Australia-China Link – boasts it is “Australia’s largest Merino wool products manufacturer” with a computerised manufacturing plant in Gnangara and an office and warehouse facility in Landsdale.

It also has a manufacturing plant in Inner Mongolia, China.

Under the expansion plans and agreement with ACLink, AWN said its future manufacture of products for Merino & Co, including Williams wool DNA products, would move from Melbourne to Perth.

AWN’s vertical integration and range of specialty programs offering exclusive “bale to retail” opportunities is seen by some as a bonus for the WA wool industry and they expect it to create significant competition for Nutrien and Elders, the two biggest wool brokers in the State.

“We are extremely pleased to announce our move into Western Australia under the AWN banner,” said Mr Colley, who is also president of the National Council of Wool Selling Brokers of Australia.

“We have a strong track record of delivering innovative marketing solutions and exceptional results for Dyson Jones clients in the west, as well as our AWN clients in the east.

“AWN will now operate side-by-side with Dyson Jones in providing our unique service offering to wool and livestock clients in more locations across Western Australia,” he said.

Of the joint venture with ACLink – it will continue to be known as Merino & Co – Mr Colley said “both AWN and ACLink share a vision of being able to connect wool consumers from across the globe with the sheep, farms and growers who produced the wool in their garments”.

“It will provide AWN and its clients with direct access to international markets, including the lucrative Asian market, where the demand for quality Australian-made products with traceability is on the rise.

“This expansion is incredibly exciting, particularly given the current global retail climate – there would not be many clothing retail businesses investing in expanding their operations at this time as significantly as we are,” Mr Colley said.

AWN has also been expanding its business interests in the Eastern States, recently announcing the opening of two new livestock and property agency branches in Victoria.

While AWN offers a farm real estate service in the east, it has not yet said whether it intends to move into real estate here. 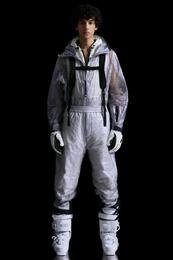 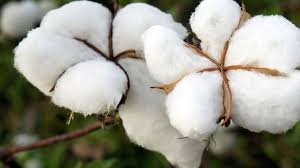