Australia willing to consider FTA with India on RCEP lines. 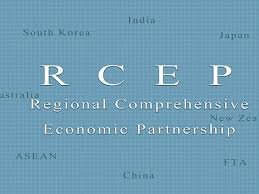 Australia is willing to consider a bilateral free trade agreement (FTA) with India on the lines of the proposed Regional Comprehensive Economic Partnership (RCEP), which India exited last year. The FTA would take into account the work done between the two sides during the RCEP talks, Australian trade and tourism minister Simon Birmingham recently said.

Birmingham, who is visiting India with a business delegation, met his Indian counterpart Piyush Goyal on February 24, and discussed the future growth path in bilateral trade and investment that included a possible FTA.

“Both India and Australia are willing to see if the work we have done bilaterally in relation to RCEP could be captured between the two countries. We have asked our officials to look at that,” Indian media reports quoted Birmingham as saying.

Birmingham said that he and Goyal also looked at market access issues. He, however, added that Australia wanted India to be part of the 16-nation RCEP at some point of time.

Australia-India trade has grown steeply over the last decade but it is skewed in Australia’s favour. In 2018-19, India’s imports from the island-nation were valued at $13.3 billion whileAustralia’s imports from here were only at $3.52 billion resulting in a trade deficit of almost $10 billion.

Birmingham said that Australia’s export of coal to India, which the country required for its energy needs, was largely responsible for the deficit. Spinnova and The North Face will work together on outdoor gear