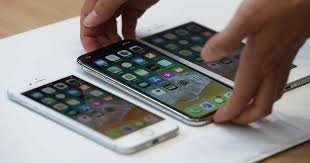 For its latest report, CLW said undercover investigators worked in Foxconn’s Zhengzhou plant in China, including one who was employed there for four years. One of the main findings: Temporary staff, known as dispatch workers, made up about 50% of the workforce in August. Chinese labor law stipulates a maximum of 10%, CLW noted.

Apple said that, after conducting an investigation, it found the “percentage of dispatch workers exceeded our standards” and that it is “working closely with Foxconn to resolve this issue.”  It added that when it finds issues, it works with suppliers to “take immediate corrective action.” Foxconn Technology Group also confirmed the dispatch worker violation following an operational review. Lagnam Spintex Migrates from NSE Emerge to main board of NSE Fixed-term employment needed, but its abuse should be prevented: Bhartruhari Mahtab.