As per a recent report by Crisil Ratings, Indian readymade garment makers are expected to grow sales by around 10% in calendar year 2019.

India’s leading apparel retailers are expecting a revival in sales in the festive season on backdrop of low business for over three quarters now. Arvind Fashions CEO J Suresh said while consumption trend and sentiments are weak for more than three quarters, but festival demand is always robust in India and it should be the same this year too. Arvind Fashions has over 28 leading brands under its portfolio such as Arrow, Tommy Hilfiger, Calvin Klein, Gap, Nautica and Aeropostale.

Lifestyle Retail MD Vasanth Kumar too expressed similar optimism but does not expect consumers to increase average spending during the festive season. “Consumers buy new apparel during the festive season and hence should boost same store sales,” he said. Apparel sales has failed to pick up even during the current end of season sales. Kumar said there has been no same store growth for Lifestyle during the sale. As per a recent report by Crisil Ratings, Indian readymade garment makers are expected to grow sales by around 10% in calendar year 2019 compared with around 7% in 2018. “Higher revenue growth will render benefit of operating leverage and will help improve profitability,” the company said.

The company said the pace is set to increase to 10-10.5% this year due to increasing penetration of organised retail and brands in tier II and III cities, and rising growth of value apparel retail segment. There is also likely to be a rebound in exports growth to 7-8% this year after two years of de-growth. The report said in the first six months of this calendar year, ready-made garment exports are already up over 10% year-on-year. 80’s fashion gives a comeback with its classic pieces 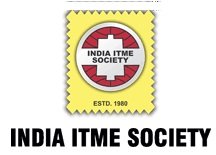