Retailers expect tax reductions in the budget to combat the importation of inexpensive goods. To combat the huge demand for smuggled and counterfeit goods, which currently have a price advantage, the Federation of Retailer Association of India (FRAI) requested tax reductions on everyday consumer goods on Tuesday. The FRAI, an organisation representing nearly 80 lakh small- and medium-sized retailers in 42 member retail associations, expressed worry about the high tariffs on goods of everyday consumption, which it believed encouraged illegal trading in the nation.

In a statement, the Federation claimed that because of the high tariffs, there is a “great demand for smuggled and counterfeit products across the country and are pushing millions of small and destitute retailers to engage with criminals and be part of this illicit business.”

According to the FRAI, a tax cut on everyday consumer goods is something it is requesting before the Union Budget for 2023–24.

“The FRAI has written to the Finance Minister pleading for him to defend the rights of its 80 lakh retailers. These shops make a living by selling items that people require on a daily basis, such as cigarettes, soft drinks, mineral water, confections, and biscuits “the sentence in bold.

Ram Asre Mishra, president of FRAI, said, “Smuggled and counterfeit goods have been on the rise alarmingly for a while now, especially in the daily-use goods offered by our members. These unlawful goods are widely accessible across the nation, even in rural marketplaces, and make up about 25% to 30% of the overall market.”

The majority of FRAI members are uneducated and from a lower socioeconomic class. He claimed that many of them took out loans to operate their businesses rather than relying on the government for jobs.

“Millions of our members are subjected to financial, psychological, and bodily harrassment by smugglers and criminals engaged in counterfeiting activities in order to sell their illicit goods. Due to their financial situation, their modest companies are the only means of support for their entire family. As a result, they can no longer resist or refrain from trading in such unlawful goods.” stated Mishra.

The majority of FRAI members are uneducated and from a lower socioeconomic class. He claimed that many of them took out loans to operate their businesses rather than relying on the government for jobs.The FRAI claimed that the extraordinarily high levies on “Made in India” products for daily consumption are the main cause of the worrisome increase of smuggled and counterfeit goods.

“Smuggled and counterfeit items can easily outsell legitimately produced goods by selling for half the price or even less because they entirely escape taxes. The Indian government is losing millions of crores of rupees as a result of this “It was ad.

The FRAI used cigarettes as an example, noting that whereas a legal packet of 20 cigarettes of 84 mm in length normally costs more than Rs 300, a consumer can get a comparable smuggled pack for Rs 80 to Rs 150 depending on the brand, supply and demand in the illegal market.

Vinay Kumar, the FRAI secretary, said: “As a result of stocking unlawful and low-quality goods, these store owners also have to endure ongoing harassment from government organisations like the FDA, the health ministry, the Tobacco Control Cell, and others.Life has become unpleasant for our members because they are caught between law enforcement, demanding clients, and smugglers.”

The Association warns its members against engaging in the sale of fake or illegal goods. However, as demand for legitimate goods declines, they are left with no choice except to commit fraud in order to make the minimal incomes required to support their way of life. 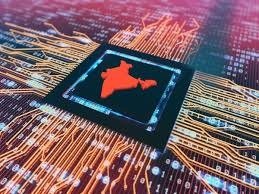