Zara owner to close up to 1,200 fashion stores around the world 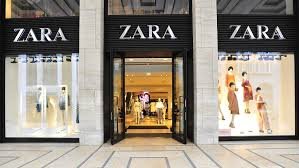 The owner of Zara will close as many as 1,200 stores around the world as the clothing retailer tries to boost online sales during the chaos wrought by the Covid-19 pandemic.

Inditex said it would “absorb” between 1,000 and 1,200 mainly smaller stores, with losses concentrated among older shops from brands other than Zara. The Spanish company’s other brands include Bershka, Pull & Bear and Massimo Dutti.

Closures are expected to be concentrated in Asia and Europe. It is understood that the 107 Inditex stores in the UK are less likely to be significantly affected.

Inditex said that “headcount will remain stable”, with staff offered roles in other jobs such as dispatching online purchases.

Inditex, one of the world’s largest clothing retailers, has been hit hard during the pandemic, with sales down 44% to €3.3bn (£2.9bn) between 1 February and 30 April, the first quarter of its financial year.

The company reported a net loss of €409m during the quarter. Almost a quarter of its shops remained closed by 8 June.

Bricks and mortar retailers around the world have been forced to re-evaluate their business models during the pandemic, amid expectations of lower footfall in stores for a significant amount of time. In the UK fashion brands Monsoon Accessorize and Quiz said on Wednesday they would close branches, with hundreds of jobs lost.

The casual dining sector has also been hard hit, with the Restaurant Group confirming on Wednesday that 125 of its outlets – the majority Frankie & Benny’s and Garfunkel’s – will not reopen after lockdown, putting 3,000 jobs at risk. The company also owns the Wagamama chain, which is unaffected.

Inditex said it would accelerate its push to sell more clothes online as it seeks to fend off the challenge of high street competitors such as H&M and the Uniqlo owner, Fast Retailing, and newer online-only rivals including Asos and Boohoo in the UK which have prospered during lockdown.

Under Inditex’s new plan online sales will account for more than 25% of the total by 2022, compared with 14% in its 2019 financial year. Larger stores will act as distribution hubs for online sales.

Inditex, controlled by its founder, Amancio Ortega, plans to spend €1bn on its online offering by 2022 and a further €1.7bn in stores to allow them to integrate better with websites for faster deliveries and real-time tracking of products.