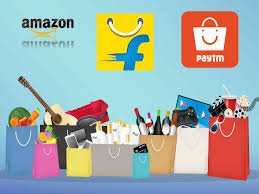 Retail in India, both online and offline, has been witnessing monumental changes over the past two years. Offline modern trade grew at 20% and gained share in India’s approximately $900 billion product commerce market. The expansion of Flipkart and Amazon across categories, and Swiggy and Zomato in food delivery in the past two years, is more than what offline players had managed in 20 years, placing India on track to “leap-frog” from traditional commerce. Vertical specialists, such as BigBasket, Myntra and Nykaa, began to upend incumbent offline players. And, sure enough, regulatory uncertainties kept everyone on their toes.

But in the past 50 days, the winds of change have approached gale force. Facebook’s investment in Reliance Jio, promising seamless hyperlocal commerce, is but the most prominent example. Offline stores DMart and Big Bazaar have scaled up delivery and online shopping, Vishal Mega Mart and Spencer’s have partnered with Uber and Flipkart, and multiple hyperlocal grocery plays, such as Saffola Store on Swiggy, ITC Foods on Domino’s, 24Seven on Swiggy, have debuted. The speed of innovation has been unprecedented and new models have unfolded in a matter of days.

This is potentially another pivotal moment for Indian retail and, e-commerce, in particular, which is possibly more game-changing than cash-on-delivery, cheap data and shift to smartphones. Bain and Co.’s consumer sentiment survey done through April shows that about 35% of urban shoppers increased their online purchases in existing categories; 30% bought more categories online; and 8% were first-time online buyers. Homemakers, who earlier insisted on multiple shopping trips, shifted to WhatsApp orders to get products home-delivered from kirana stores. There is reluctance to step outside, and increasing salience in budget shopping.

Changing consumer preferences and multiple new business models will blur the traditionally hard lines between offline and online. Jiomart and other hyperlocal models are a partnership between offline “unorganized” players and digital commerce. Organized offline businesses such as DMart, Spencer’s and those across fashion and electronics are offering digital ordering channels and home delivery, at times partnering with e-commerce players. Similarly, e-commerce players are experimenting with multiple models, often with offline partners. It will be increasingly hard to distinguish between ‘e-commerce-only’ players and ‘offline-only’ players. The crisis has given impetus to the offline-to-online transition that has long been coming.

Innovation will be critical as retailers reconcile to dynamic and challenging shopper needs coupled with age-old retail challenges of thin margins, high capital intensity, fragmented supply chains, and small order values. Some like Flipkart are reconfiguring the supply chain by direct tie-ups with FMCG distributors. Local grocers are finding ways to deliver more consistently to shoppers than labour-strapped larger counterparts. Shoppers, looking for reliability, have driven a 30x surge in traffic in April to websites of offline chains delivering essentials.

Post-covid Indian shoppers will care about convenience and value as always, but they will also desire a safe experience and will care less about variety. While this is a complex ask, near-term restrictions on goods movement, labour shortages and soaring demand for reliable delivery have stretched integrated models and benefited innovative partnerships and emerging ecosystems. These new retail models will need to create their paths to reliable experiences at scale. Changes in the Rieter Board of Directors Nandan Denim to get ₹65 crore subsidy from Gujarat govt