Valentino’s Fall 2020 haute couture collection has set the bar high for what can be achieved with a runway show while lockdown measures are still in place. As the coronavirus pandemic forces fashion houses to rethink seasonal presentations, Pierpaolo Piccioli, Valentino’s creative director, presented a live show at which only a small local audience were in attendance. Held at Rome’s celebrated Cinecittà Studios — the largest film production studio in Europe — the show was livestreamed on the brand’s website, a way of presenting new collections that has become popular with labels unable to host large-scale events.

But what’s caused a stir in the industry is the level of artistic attention paid to the Valentino show, which transformed it from standard runway coverage into something of a “live film.”

Created in collaboration with British photographer Nick Knight, and featuring unreleased music by FKA twigs, the live video, titled “Of Grace and Light,” featured models’ gracefully moving on a dark stage, as if swaying in the wind.

Not unlike an aerial circus troupe, the models either sat on aerial rings or stood on rotating risers, as they showcased dramatic, long white dresses that stood out against the all-black setting. Playing with spotlights and colorful graphics that were projected onto the garments, each model was bathed in light, giving the audience a chance to fully take in the exaggerated silhouettes of silk, sequins and tulle.

Speaking at a virtual press conference, Piccioli said the 16-look couture collection was an “extreme response” to the harsh reality of lockdown, as well as the difficulties in producing sophisticated prints and embroideries in a socially distanced environment.

“The silhouettes are extremized in length, radicalized as to flaunt the manual dexterity that went into making them,” read a statement issued by the Italian house. While other fashion brands have struggled to make the most out of digital platforms, Piccioli’s dreamlike presentation stole the show and offered a blueprint for other brands wishing to fully embrace online possibilities.

“I didn’t want to feel the limitations. Couture is made for emotions, dreams,” he said. The Story Behind the Nike x Dunk Kasina Low 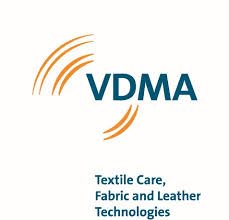