In Africa, fashion is mostly limited to tropes like wax prints, and beaded necklaces. It is rarely segregated by country, as well. The 54 vastly diverse countries of the continent are clumped into one term- “African fashion” instead. But there’s a new generation of designers in South Africa questioning these preconceived notions and seeking a place in the global fashion market, with their own e-commerce platforms and online stores like 24S and Koibird enabling them to be sold more extensively than local sales. “The digital age and social media have put the power back in the hands of the makers,” says Johannesburg-based designer Tiaan Nagel, 37, who after getting his start in 2007 has been an influential force in South African fashion.

Thebe Magugu’s LVMH Prize for Young Fashion Designers win last year—the first time it was given to an African talent—brought serious global attention to the South African scene. “[We] aren’t trying to portray the exotic view of what ‘African fashion’ is,” Magugu says. “A lot of the youth grew up with their traditions and cultures, but they grew up watching MTV as well.” In 2016, Magugu, 27, created his name-sake label Johannesburg. He uses his clothes as a tool for social criticism; for example, his “girl seeks girl” outfit, which shows two dejected women embracing, discusses the horrific femicide problem in the country in his fall 2018 Home Economics collection. “I want to express my thoughts and politics and talk about history and culture through my collections,” Magugu says.

In 2019, Lezanne Viviers, 31, who set up her Johannesburg company, Viviers, works to highlight local producers. “South Africa has a tradition of artisans who have always made exquisite hand-weaving, beadwork, and embroidery items and textiles,” she notes. A floral kimono-style blazer and wide-leg pantsuit are hand-embroidered and hand-beaded with over 1,000 recycled glass beads.

Johannesburg-based designer Laduma Ngxokolo, 33, decided to give his own spin to mohair made in his native Eastern Cape for his Maxhosa brand in 2012. Ngxokolo first developed his luxury knitwear, with abstract designs woven from vivid fabrics for amakrwala, the young Xhosa men who dress elegantly as a sign they have completed their initiation ceremonies.  The line has since evolved to include womenswear and home goods. “It’s important for me to preserve our culture,” says Ngxokolo, who uses Xhosa beadwork as an inspiration for his slinky dresses and cardigans striped in typical Xhosa colors of yellow, red and blue.

Rich Mnisi, 28, who debuted his namesake brand from Johannesburg in 2015, found it difficult to enter into fashion at first, when classic African prints were still the global expectation. “If you didn’t match up with that notion, then sorry, you weren’t African enough,” says Mnisi, who also creates pieces that are gender neutral. One of Mnisi’s best-known looks, worn by Beyoncé, is the patchwork Rhundzu (which means love in Xitsonga) blouse and a white half-pleat skirt. “Everything is layered,” says Mnisi, who often channels his mother and late grandmother, both fans of pleated skirts.

“It’s up to us to describe the word ‘African fashion’ or ‘African designers’,” says Sindiso Khumalo, 40, the 2020 LVMH Prize finalist, who launched her textile-focused label in 2014. Khumalo’s white ruffled midi dress reveals a tale about her own wedding, with an elaborate print of inkhelis (hats worn by married Zulu women), animals, and villages.

“There’s a beautiful rebelliousness about the spirit of design we have,” says the Cape Town designer, who worked under architect David Adjaye and studied at London’s Central Saint Martins. “When the personal South African narratives come through, it’s so potent,” she says. “I think that’s the renaissance we’re going through at the moment.” 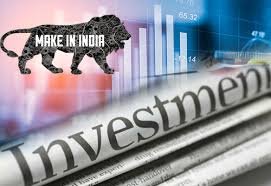 Textile industry Change the focus, not depend on Government: – Said by Smriti Irani