HOUSE OF MASABA from MASABA GUPTA and the Legendry NEENA GUPTA getting as real as they can.

Masaba Masaba, Netflix’s new show about designer Masaba Gupta and her mother & actor Neena Gupta. Without making them saints, and while giving them all the complexity of real people, the show portrays Masaba and Neena as good people struggling with the challenges of difficult, creative careers as they navigate friendships and their own relationship, with a smidgen of their personal lives into the mix.

Also, they were able to show that real mother and daughter bond, The show was so crisp and clear and there was no beating around the bush which amazingly made it the top viewing in INDIA on NETFLIX India

When she first heard the concept of a show on her daughter, Neena Gupta was a bit confused.

She said “I thought it is a documentary on Masaba. But why would anyone want to watch a documentary on her?” she says. Fact meets a generous dose of fiction in the show, that celebrates the unconventional lives of Masaba, 31, and her mother, without shying away from their vulnerabilities, well we are vulnerable at times.

While Masaba is shown as struggling to get a handle on her next collection while a financier is breathing down her neck, Neena’s journey is even more interesting, pragmatic older woman vibe—at one point, she meets with filmmaker Farah Khan (playing herself in a hilarious cameo) hoping to land a role in an upcoming film; even though things don’t work out, it leads Neena to take certain steps that launch her on a renewed film career. which also shows the very struggle people have to face.

Rarely does a show about women make it so much about their professional lives and their relationships with each other and dwell so little on the men in their orbit. The men in Masaba and Neena’s lives are, refreshingly, almost an afterthought in this show, which passes the Bechdel test with flying colors. It feels almost like sweet revenge executed by Yardi and Nair, who worked in Hindi soaps for many years—serials in which women’s work was limited to making the most perfect gulab jamuns to please the man of the house.

For Masaba, a contemporary Fashion designer known for her dramatic and lovely digital prints, the best part was that it was not a reality show with a camera following them around.

The storyline was developed after director Sonam Nair and the show’s writers interviewed the mother and daughter a few times. The narrative touches upon Masaba’s marriage and separation; and the rumour following her 2008 wedding to a Delhi resident that Neena has moved out of Mumbai. It features the famous Instagram post by Neena which read: “I live in Mumbai and (am) working as a good actor looking for good parts to play”. This, reposted by Masaba, created a stir that eventually led to Neena being cast in the commercially successful Badhaai Ho (2018). One real-life incident that Masaba was certain that the show should feature involved a Delhi shopkeeper telling her that “Masaba is a country in Africa”. “I was at a Lajpat Nagar fabric shop. The shop assistant offered to show me some new prints, called ‘Masaba prints’. When I said I was Masaba, he said that’s not possible as ‘Masaba is a country in Africa’,” recounts Masaba, whose father is the former West Indian cricketer Vivian Richards.

In the show, Masaba, who, in real life, has a personal Instagram handle as well as one dedicated to her fashion brand ‘House of Masaba’, is a social-media-savvy celebrity with a propensity for elaborate hashtags. Nair says it’s Masaba’s Insta Stories that initially gave showrunner Ashvini Yardi the idea for a show in which celebrities don’t hesitate to laugh at themselves.

Going about MASABA and her carer as an actor, Masaba aspired to be a professional tennis player, a musician, and a dancer before she burst on to the Indian fashion scene as a promising young talent at the Lakmé Fashion Week in 2009. “Masaba always wanted to act but I told her not to as I thought she didn’t have the face of an Indian heroine. She listened to me and didn’t pursue it earlier,” says Neena. More than her daughter, it is Neena who was nervous about her ability to pull it off. She was relieved when, during the readings of the script, Masaba seemed to be at ease. “Masaba is a natural actor with an international look. She is intelligent and grasps the scenes quickly,” says Nair. Now Neena now believes that acting is either “in Masaba’s genes or is her destiny”.

Since Masaba has a full-time career as a designer, she opted for a different kind of preparation to face the camera. She told Prashant Singh, acting coach and casting director, that there would be days when she would come to the set after a whole day’s work or vice-versa. Most of the preparatory sessions with Singh featured meditation and exercises. “These were meant to tap into my subconsciousness and make me more relaxed,” recounts Masaba, who enjoyed the process of developing the show — from deciding on their costume to what their homes would look like.

At the heart of the show is the warm mother-daughter dynamic the two share. When Masaba returns to her mother’s home heartbroken, she seeks comfort in the paranthas from her kitchen. Like any regular mother and daughter, they have their disagreements, too. When asked about their fights, Masaba says they have had too many to list. Neena believes the mother-daughter relationship is such that even if they fight “like cats and dogs, after 10 minutes, they are okay with each other”. An apology always helps. “After that, both our decibel levels come down. Then, there are times, a parantha does the trick,” says Neena.

Are they emotionally dependent on each other? “Hundred percent,” comes the reply from Neena. “Masaba is independent. We started Masaba’s business together, but she is on her own now. I don’t interfere in it at all. But emotionally, we depend on each other. Sometimes, I am her child. Sometimes, she is my child,” says Neena. The mother and daughter are likely to return on screen for another season of the show.

The show blurs the line between truth and fiction so subtly that it’s difficult to tell how honest it is being about the real lives of these two women, but director Sonam Nair says the two were absolutely open about their lives and experiences. “When we were developing the show, all of us on the writing team would meet at their house and just hang out with them, listening to their stories and anecdotes, getting to know their personalities, and Masaba and Neena were both absolutely open to all questions. Except for a few things, they were really chilled out about us using their lives as material. They’re really bindaas women who don’t fret and sweat a lot over small things,” says Nair. India may end the current fiscal with exports worth around $290 billion, 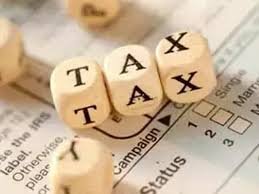