COPENHAGEN, Denmark — When hedge funds finally stopped speculating against Pandora AS this year, it was largely down to one strategic change, according to the company’s chief executive.

Alexander Lacik, who’s been CEO since April 2019, spent his early days revamping a communications strategy that had clearly failed.

“That’s what plagued Pandora,” Lacik said in a phone interview. “It’s like in a relationship, you promise something and then you have to keep that promise.” The goal is “not to over-promise and not to under-promise.”

Once among the most shorted Nordic stocks, Pandora is now one of the region’s biggest corporate success stories. Its roughly 90 percent share-price gain this year, despite a pandemic that’s pummeled retailers, makes it the best performer in Denmark’s world-beating benchmark stock index.

After watching hedge funds and other speculators “run away” as Pandora’s prospects improved, Lacik says “it’s not about vindication.”

Before Lacik joined, Pandora was gaining notoriety as a company that rarely lived up to the profit guidance it set. In 2018, the stock plunged 61 percent, which came after a 27 percent drop the previous year. Investors started to flee, and a CEO was fired. Meanwhile, hedge funds watched the value of their short positions soar.

“I think this company has been poorly valued because the trust wasn’t there,” Lacik said.

Short bets against Pandora still represented 12 percent of the total stock at the beginning of the year. Today, that figure is below 0.5 percent, according to IHS Markit data.

ATP, Denmark’s biggest pension fund, says the transparency that Lacik brought is a key reason why it’s bought Pandora shares this year. At the end of the first half, it held 3.1 percent of the company, according to the latest public record.

Under its new CEO, Pandora has spent more on marketing, including using celebrities such as singer Shakira in ads. Lacik has abandoned discounts that he says undermined the brand. And he’s sprucing up the company’s shops, to draw in more people. Lacik has also introduced jewellery that seizes on popular trends. There’s even a ‘Star Wars’ line of Pandora baubles that consumers can buy.

On November 3, Lacik presented third-quarter results that showed an almost 90 percent spike in online sales and growth in five of its seven key markets, including the US, its biggest.

“We seem to have awakened the lapsed Pandora customer,” he said.

“The 3Q sales development confirms that the restructuring initiatives are bearing fruit and that the positive growth momentum will return once the coronavirus situation stabilises. In the short term, uncertainties remain with virus infection rates going up, which may result in new lockdowns. The stock scores high in our quant model with attractive pricing. The discount to peers has, however, narrowed significantly,” said Janne Vincent Kjaer, vice president of equities at Jyske Bank, in a November 4 note.

Lacik says the underlying value that Pandora’s latest share-price gain reflects what “was always there.”

Hedge funds and other speculative investors who built short bets are gone, and long-term investors “say they believe in this case and see the company coming out of this negative spin,” he said. Target and engage your audience 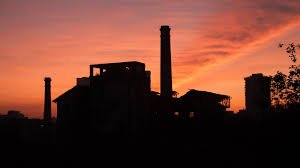 From the Archives: Bombay cotton export and setting up of first Textile Mill in Mumbai.