Not late enough but, On May 24th, Gucci took to Instagram to figure out how the way the world did things— he announced that the brand would be doing away with “the worn-out ritual of seasonalities” and present just two shows a year. For decades, organized fashion has been built around the concept of seasons. Whenever a Fashion show or even the collection is processed it has always been about seasons and wearability in different seasons!

One might buy a dark furry Jacket in winter and in summer one might obviously love to go with something of a much much much lighter fabric maybe absorbent cottons or linens. Spring/ summer and autumn/winter, where shows take place in September and March respectively and deliveries happen six months later, have been the rules on which clothes are made, stores stock up and fashion publications plan their editorials, In fact, even the current buying plans for a lot of retail stores is called as ” six Month Buy plan”.

Now That, in the middle of March, the whole world went into lockdown due to the COVID-19 pandemic, leading to a major supply chain disruptions, loss of revenue, and the threat of surplus inventory, Inventories are just full and there is no stores or even Customers to buy or invest in these. Several smaller fashion labels had to shut shops. Thinking about all these factors and also thinking about how people have become really conscious as to how much they wear and how much they are planning to buy people want to go back to the roots and minimal trends will be back in trend minimal living.

Superimpose season-less style with repeat value and you’ve pretty much nailed the post-COVID-19 style forecast. Classic, utilitarian, and value for money – will be the three key attributes influencing buying behavior once the lockdown ends. Season-neutral essentials that can be worn year-round — and have a long shelf life will be the mantra in the post-pandemic retail world. Fashion observers also opine that the transition to more pared-down, trend-less pieces will ultimately give way to exuberance and excess — just as wartime fabric rationing paved the way for Dior’s New Look in 1947, and the 2008 financial crisis which ushered in Alessandro Michele’s Gucci debut in 2015.

Sunil Sethi, (FDCI) says that offerings may be season-less but not necessarily timeless. “After being home-bound for two months when people will come out, they will channel their inner peacocks and would want to stand out. Instead of timeless, I see season-less pieces working well. Timelessness as a movement has been around in the west for years, but it’s still to find momentum in India. We may be the leader in many fields, but we are not the leaders in fashion and will wait for some direction from the West. Also, a lot of countries will kick-start their nightlife before us and hence they are likely to set the trend first. In India, revenge buying may not take place the way it happened in China recently where Hermès and Chanel did phenomenal sales. I personally feel we’ll be lucky if someone buys a new collection when it comes out.”

People will not want to invest so much in seasons. Even for a lot of cities for example Mumbai, it doesn’t make sense to buy seasonality clothes. Most fashion brands have already realized and done that, knowingly or maybe not. Think about it: most show collections are seasonless, Just look at S/S LFW 2020 which happened in the month of February 20′ before the pandemic had even Hit India and a lot of places in the world. The collections that you can see were seasonless. Something I personally, could wear whenever I want to.

Designer Shane&Peacock states that classics become classic over a period of time like an LBD and people who understand fashion will always invest in those, however, the new money customer will go for fads. “With Instagram influencer culture mushrooming, everyone seeks clothing where uniqueness is the key factor. Personalized offerings will be the new luxury like that one touch of something on a jacket. I see individualistic, personality-driven pieces doing well post Covid-19 when people would want to savor a whiff of escapism,” says Shane.

There are swishy silk day dresses in autumn/winter and sweaters and trousers in spring/ summer. Except for winter coats and maybe a dark- er palette for autumn/winter and a few swimsuits and wraps for spring/summer, they are pretty much the same in terms of fabrics and themes. Most major brands do sell in both hemispheres, so it’s always autumn/ winter in one part of the world when it is spring/ summer in another. And customers travel—they did before COVID-19—so while it might be freezing in New York City, it’s not in Miami or Mumbai. WEAVEKNIT GEARS UP FOR 3RD EDITION 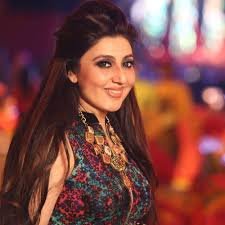 ‘It is time we give back to the society’, Designer Archana Kochhar applauds the frontline workers