Back in December, Los Angeles-based indie Wolfgang was quietly added to the agency roster for Adidas. The shop, founded by ex-David&Goliath executives Mike Geiger, Seema Miller and Colin Jeffery, was tasked shortly thereafter with the brand’s summer Climacool shoe launch.

According to Jeffery, who serves as CCO, the agency worked on the campaign for months. Two weeks before producing the work, the pandemic pared the project down significantly, including the budget. Instead of mulling the project’s loss, Wolfgang, like most agencies during Covid-19, got resourceful and scrappy.

“We rolled up our sleeves to find a way to get it done with a team of three and very little time and budget,” said Jeffery.

Usually, projects of this scale include a roster of talent and extensive digital technology. In Wolfgang’s case, it was a back to basics moment where they opted to use a more handcrafted, maker approach by using fishing poles and large printouts from FedEx. A key to the campaign was illustrating motion. To create the effect, the fishing poles held the shoes while an additional fishing line held the laces. One of the team then gently moved the fishing line manually to create the finished product’s wavy effect. The large printed backgrounds created an impact and anchored the visuals.

“We were leaning heavily into the airflow and wind form patterns. The original plan was to fully animate both the shoes and the backgrounds. We dialed it back from a production standpoint and finished a few things in post-production, like the animated arrows. I liked that it was down and dirty and lo-fi,” said Jeffery, noting the behind the scenes images showing the process.

According to Mark Mirocha, senior brand communications manager at Adidas, Wolfgang was tasked with producing a full global brand toolkit for the launch, including digital, social, ecommerce, in-store marketing, physical activations and influencer strategies. While the pieces the agency created are being used by some markets outside of North America, the scope was changed due to the reduction in budget.

What impressed Mirocha was how invested and enthusiastic Wolfgang was in the project and how they connected to Adidas’ future brand direction, which they were briefed on before the pandemic hit.

“They latched on to the [creative briefing] and connected to this idea of creating real, tangible content,” he said. “Even if it’s digital content, the idea of creating something physical that the consumer feels that they can reach out and touch [was great]. We were really inspired by how far they wanted to push the boundaries.” Another part of the campaign that Mirocha pointed out as notable was that Wolfgang essentially did all of the production pro bono. “Our budget was impacted by Covid-19,” said Mirocha. “They ended up doing a lot of the project on their own dime, which was not something that we expected and didn’t ask for. Their ability to produce this kind of work on a shoestring was really remarkable. This was their first opportunity to work with the brand, and they wanted to deliver.” 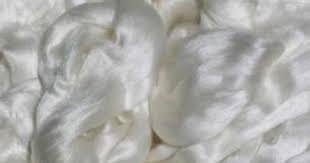 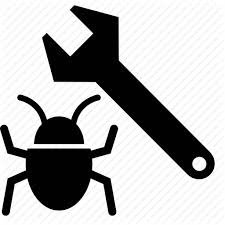 Work from home is the bug fix for technology companies operating in India. Tamil Nadu starts pilot to get textiles from banana fibre.