Australian scientists claim they’ve “discovered” how to grow cotton in striking hues, from bright yellows and oranges to deep purples, instead of the traditional white. And this naturally colorful cotton could be a boon to the environment, they say, since it doesn’t need to be dyed using toxic chemicals and bleaches.

And yet colorful cotton is nothing new. After thousands of years in cultivation, it became the biggest sustainable fashion trend of the early 1990s. Attempts to genetically engineer it started not long after.

Fields of purple and yellow fiber sound like the stuff of science fiction, and yet naturally colored cotton is an ancient Native American science that’s been around in Central and South America since at least 2700 B.C. And it has been bred for use in modern spinning mills since the early 1980s when California cotton breeder Sally Fox first rolled out her trademarked Foxfibre®  in hues of brown and green and built a $10 million business in just a few years.

Riding the first wave of eco-fashion fever, in 1991 Fox collaborated with Levi’s on a collection of Levi’s Naturals 550 relaxed-fit jeans and jean jackets so popular that one store in Columbus, Ohio had a waiting list for them that was 18 pages long (this was before the ol’ Internet was used for everything). Basically, naturally colored cotton jeans were the Supreme of their time.

Young eco-fashion followers might not realize it, but sustainable apparel was the “first global fashion trend of the 1990s.” Fake fur, salmon-skin boots, and faux leather made of cork were among the other eco-fashion looks of the day, but Fox’s unique cotton reached heights of popularity not experienced by other breakthrough materials.

Foxfibre®, the product of a decade of cross-breeding that produced a fiber at a desirable length, strength, and color suitable for modern textiles, was used in clothing and home textiles sold by everyone from Levi’s, Ikea, and L.L Bean to Land’s End and Jockey. Its inventor was constantly in the news and on television, including in National Geographic and a Smithsonian Institution cable series called “Invention.”

Everyone was as blown away then as they are now by the potential of cotton that grows in different colors. “I had a jacket on the other day, and everyone wanted to come up and touch it. They were fascinated by the color,” Levi’s spokeswoman told The Los Angeles Times back in 1991. The jean jacket in question was crafted in a light golden-brown that Fox dubbed “Coyote.”

Brands and consumers loved the fiber’s environmental advantages, as much as its earthy look. Naturally colored cotton can be woven as-is, eschewing energy-intensive and polluting dyes. But Fox’s cotton varieties have unique sustainability benefits. Their color deepens, instead of fades, with washing, and the plants are bred to be pest-resistant and can be grown without any synthetic chemicals. In fact, Foxfibre® was one of the first to be farmed organically (in the modern era). The Australian cotton, being a genetically modified organism, would not make the cut in an organic cotton program.

As it turns out, Australia’s national science agency, CSIRO, is just the latest in a long line of so-called inventors who’ve set out to develop bolder cotton hues. And yet, since the 1990s, numerous colored-cotton projects using genetic modification have stalled out, including a U.S. project that aimed to grow naturally blue cotton for jeans. China developed a green variety in the early 2000s, but the color washed out in the laundry. Monsanto genetically engineered blue cotton by inserting genes from an indigo plant that promised to “spell the end of toxic dyes.” Rumor has it that the scientists failed to realize that indigo is actually blueish green, and must be oxidized to turn a true blue.

Could the Australian scientists finally get it right? With so many false starts to colorful cotton’s name, Fox isn’t holding her breath that this new “discovery” will amount to fields of vibrant fiber anytime soon. “They don’t know if the cotton can be laundered, or if the color will stay in,” says Fox. To her point, CSIRO is in the very early phases of its research. One of the roadblocks, as she sees it, is that most scientists aren’t experts in cotton farming or textile-making. “You need knowledge of plants and textile processing,” she says.

Fox had her own difficulties keeping her Coyote cotton in wide-scale production. Some farmers growing traditional white fiber pushed back on her, afraid of market competition, and her business was crushed by offshoring. “All of my customers—38 mills—went out of business within two years,” Fox recalls. Then the eco-fashion fad flopped for the time being at the end of the ‘90s.

But Sally Fox is still, to this day, breeding and growing cotton in unusual hues (including a new one in burnt sienna) on her California farm. She sells her cotton to home spinners, independent companies like Danu Organic and American Blossom Linens, and premium Japanese clothing brands. And collectors pay high prices for vintage Foxfibre® pieces from its heyday.

Could the renewed interest in a natural, sustainable, colorful cotton spell a comeback for Fox and her fibers? “I’ve already made it happen once,” she says of the epic cotton trend that put her on the map almost 30 years ago. 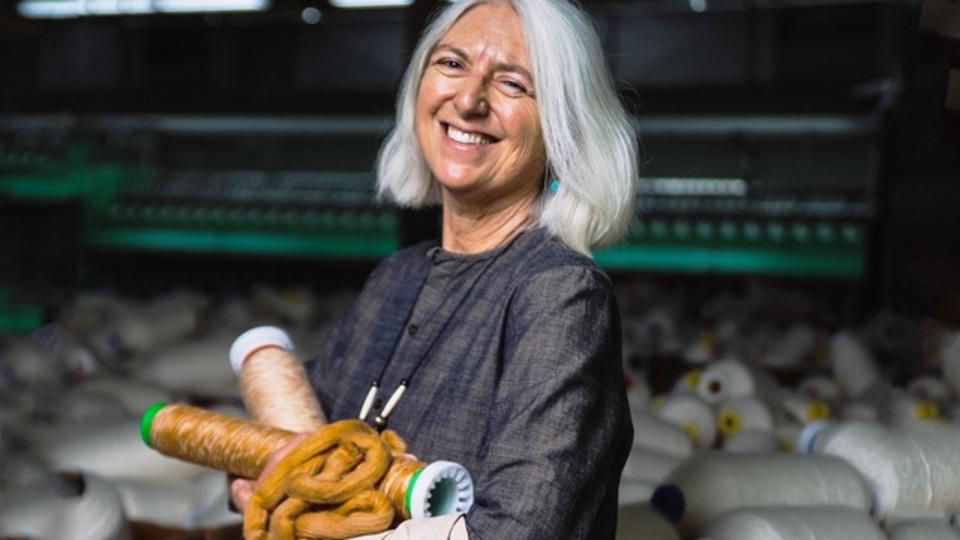 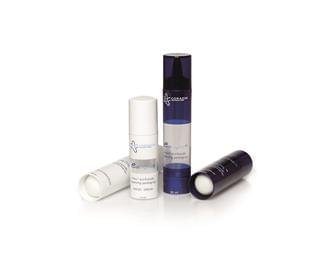