When Louis Vuitton and their menswear director Virgil Abloh announced that they’d be taking a more seasonless approach to collections, the decision was seen as revolutionary. The LVMH-owned luxury brand, which is one of the most googled fashion brands in the world, decided to take its show on the road to Shanghai for their latest menswear collection. It appears that their new approach has worked in their favor.

The menswear show held in China on Thursday drew large audiences on social apps including 68 million viewers on WeBo, 18 million on Douyin, 8 million on Tencent, and 1 million on OOH. The show was closed by a performance from Chinese actor and singer Kris Wu. In addition to the viewership on Chinese social media channels, the show also garnered 3.3 million viewers on Instagram, 1.6 million on Twitter, 335,00 on Facebook, 84,000 on the Louis Vuitton website.

If there was any question as to whether or not fashion shows were an effective way to sell clothes, after the show in Shanghai, Taiwan, China, and Korea all had their biggest sales weeks in history following the show. The runway show was unique in that it blended both new pieces with current season collections that are on sale, so there were pieces that people could shop immediately in the spirit of “see-now-buy-now.”

Louis Vuitton has another large scale event planned in Japan on September 2, and it’s already anticipated to be another huge success. The Shanghai show was the first live fashion event in China since the coronavirus. The new seasonless model for menswear is expected to be the new normal for Louis Vuitton, and it’s possible that it could create a domino effect for the fashion industry. 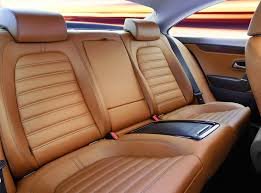 TYPES OF LEATHER USED IN AUTOMOTIVE