The cringe bit of Girls dialogue turned internet meme—“I think I might be the voice of my generation; or, at least, a voice of a generation”—is actually true about Lotta Volkova, though the stylist probably wouldn’t cop to it. Alongside Demna Gvasalia at Vetements and later at Balenciaga, Volkova was the invisible hand that moved fashion towards a post-normcore look. Her work at Vetements was equal parts subculture and stereotype, thrusting perverse takes on workwear, clubwear, and streetwear alongside a dingy glamour into the uppermost echelons of fashion. “The stylist is in possession of an attitude and a look that is both red hot, hard to cop, and right in step with the Vetements bad-taste-meets-good-taste aesthetic that’s taken over fashion,”  Vogue wrote about her in 2016. She’s spoken about how her upbringing in Vladivostok, Russia, influenced her clothes-over-fashion perspective. Now, she has teamed up with one of the symbols of Russia’s post-Soviet style, Adidas, on a collection of ready-to-wear pieces and accessories.

“Adidas approached me around two years ago with an idea to work on an undefined project together,” she tells Vogue, noting of her more mainstream collaborator: “I find it interesting to exercise your ideas in the broader audience spectrum.” “I feel Adidas has always been around,” she says. “What I mean is it has been such a reference in Eastern European culture, as well as Western subcultures, interpreted in so many ways. And its influence has gone way further outside of sports or even the fashion milieu. For example, I love those kids in Russia who tattoo Adidas stripes on themselves, or shave them out on their heads, or make those stripes into massive stickers, branding their cars.” That subcultural element is present in collaboration pieces that toe the knockoff-real line. Stretch skater dresses appear worn over triple-stripe stay-ups, tracksuits are reimagined as boilersuits, and the brand’s omnipresent slide sandals are pumped up with a wedge heel. A swimsuit and matching swim cap, both in a wave graphic, are sort of camp, sort of ironic, and totally ideal for the Olympics, if only the event hadn’t been postponed to 2021.

These pieces might seem almost like a fashion parody at first, but each is fundamentally grounded in the brand’s extensive archive. Volkova names “the earliest pieces of clothing Adidas ever produced” as references for her designs. “For example, the green tracksuit was inspired by the first tracksuit Adidas ever made,” she explains. “Regarding footwear, I was interested to see if Adidas has ever made a heeled shoe, and we discovered the trefoil mules that gave inspiration for the Adilette [wedge]. Also, I like a very hands-on, DIY approach, which inspired the windbreaker pieces with hardware zips applications.”

Volkova posted a teaser for the collab on her Instagram earlier today, and the response to her design debut—or renaissance, maybe, as she helmed a collection called Lotta Skeletrix in the mid-aughts—is overwhelmingly positive. “Heaven,” wrote Marc Jacobs, with whom Volkova has worked on his The Marc Jacobs line.

The important question: How will the stylist of a generation be styling her own collection? “Depending on your style, the items can be mixed with your dailywear or worn head to toe and still maintain a chic, relaxed look inspired by sportswear,” she begins. “For example, I like to wear the zipped jumpsuit with my Chanel flats or any high heels. The super-high-rise swimsuit can be a great top worn with skirts, pants, or any bottoms as well as functioning swimwear.”

As for where fashion is heading next, she says she hopes it’s “to a more diverse, conscious, experimental happy place.” That’s where she’s going: With the Adidas project duly launched, she’s signing off for her summer holiday. 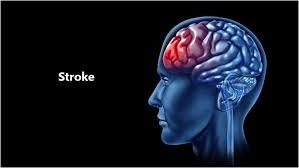 In India, the practice of smelling sandals or onions to dizziness patients leading brain disorders diseases!