Simon Porte Jacquemus has an impressive roster of it-girls who star in his campaigns and runways including but not limited to both Hadids and Emily Ratajkowski. And now, his own grandmother, Liline, joins the list in the most recent set of images from the happy-go-lucky brand, and she may be the brand’s best face yet. 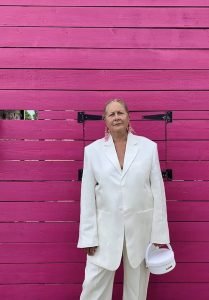 As coronavirus continues to put a limit on large gatherings, the designer has cleverly reimagined what a traditional photo shoot can look like without a crew of stylists or hair and makeup artists behind it. To maintain social distancing, he has been conducting shoots entirely via FaceTime instead, working with the photographer Pierre-Ange Carlotti to intimately capture stars such as Bella Hadid, Rosalía, and Barbie Ferreira from inside their homes.

In the new images, where Liline models pieces from the spring line, she embodies that effortless, Parisian style that the brand has become known for. Jacquemus even shot the fabulous photos of her himself (done in person instead of over FaceTime, and presumably from a safe distance). The more-personal casting choice was a refreshing switch-up from the designer’s star-studded campaign these past few weeks, writing in his caption that it’s “one of the most special [stories] for me.”

She sports pieces such as a power-pink suit, a crisp white top, and a breezy maxi dress, among others. Accessories such as tinted-lens sunglasses, platform sandals, and dangly statement earrings gave her striking looks a further fashion twist. The unexpected casting ultimately proved two things: that good style has no age limit, and that Jacquemus clearly inherited his good taste.

Agriculture: A Winner During COVID19 Pandemic and Economic Crisis 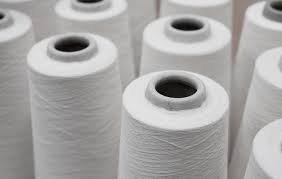 Advanced Monforts automation is the key for Hamle