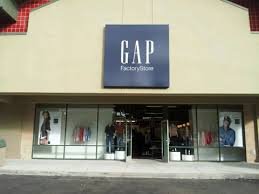 Apparel chain Gap Inc is speeding up its rollout of warehouse robots for assembling online orders so it can limit human contact during the coronavirus pandemic, the company told Reuters.

Gap reached a deal early this year to more than triple the number of item-picking robots it uses to 106 by the fall. Then the pandemic struck North America, forcing the company to close all its stores in the region, including those of Banana Republic, Old Navy and other brands. Meanwhile, its warehouses faced more web orders and fewer staff to fulfill them because of social distancing rules Gap had put in place.

“We could not get as many people in our distribution centers safely,” said Kevin Kuntz, Gap’s senior vice president of global logistics fulfillment. So he called up Kindred AI, the vendor that sells the machines, to ask: “Can you get them here earlier?”

Sourcing parts in time for the eight-foot-tall robotic stations was not simple or cheap, said Kindred’s Chief Operating Officer Marin Tchakarov. But the venture-backed startup was able to deploy 10 of them to Gap’s warehouse near Nashville, Tennessee and 20 near Columbus, Ohio, with plans to finish the rollout to four of Gap’s five U.S. facilities by July, months ahead of schedule, he said.

Each machine handles work typically performed by four people, Kuntz said. Neither the deal to triple the number of robots, nor the expedited installations, have been previously reported.

The news illustrates how the pandemic may speed up automation in the retail industry. Companies including Gap and Amazon.com Inc have long used such systems for a range of tasks, like moving items across warehouse floors. Various new technologies are capable of supplanting some cashier, box packing and item picking roles that employ millions of U.S. workers, and the pandemic is giving vendors a chance to make their case.

The firm RightHand Robotics, for instance, has helped its customer Walmart Inc manage more online orders through greater use of its picking machines that had been deployed at several of the chain’s facilities, a person familiar with the matter said. Walmart did not answer requests for comment.

Vince Martinelli, RightHand’s head of product and marketing, declined comment on the deployment but said as a general matter, “If you’re going to have limited people in the building, the last thing you want them to do is a simple task that can be automated.”

Amazon is also relying more in the pandemic on automation for sorting items that warehouse workers have unpacked, sparing staff from having to walk by each other frequently as the more manual process once required, the company said. It is looking to roll out the technology more widely in its buildings.

Kindred, RightHand and robotics firm Berkshire Grey told Reuters they are seeing a rise in inquiries from prospective retail clients, though travel restrictions and the need to limit human contact make new installations a challenge.

The interest is no surprise: researchers from the Brookings Institution have said spurts of automation often follow economic shocks, a phenomenon they said could be replayed as retailers’ sales plunge.

“At these moments, employers shed less-skilled workers and replace them with technology and higher-skilled workers, which increases labor productivity as a recession tapers off,” the think tank’s March report said.

Pressure to make distribution networks more efficient is likely to increase for retailers because of their financial woes during the pandemic.

Gap last month said it faced a cash shortage, prompting it to borrow $2.25 billion. Three-quarters of its revenue its last fiscal year came from over 3,300 physical stores, most of which it has closed for weeks.

While Gap has kept shops in China in business and has started the re-opening of 800 others this month, its e-commerce operation has been a lifeline for sales.

Gap, based in San Francisco, did not disclose the financial terms of its deal with Kindred, or its base pay for staff. The company said it has around 6,500 warehouse employees, who are receiving higher wages because of the health crisis. It is limiting numbers in facilities because of U.S. health guidance.

Goods from various online checkout carts fall down a chute and into a large basin that’s part of one of the machines. A robotic arm above then picks each unit through suction and a physical grip, scans its bar code and places it in a bin in an adjacent cubby. Once all the items in a customer’s order are in, a worker puts the bin on a conveyer for packing and delivery.

Kindred, with headquarters in San Francisco, is one of several startups selling artificially intelligent robots that aim to grasp almost any item quickly and without breakage. Hundreds of thousands of U.S. retail workers perform this task, and Amazon Chief Executive Jeff Bezos has said the tech is years away from taking over that work. Still, retailers can use robots to pick narrower sets of products.

Kindred and Gap say they aim for the technology to complement workers, not replace them. At its warehouses, Gap is still scouting for new hires – and potentially new machines.

“Should we do even more?” Kuntz asked. “How quickly can a Kindred build those machines?” Consumer inflation inches up close to 4% in September on costlier food items. 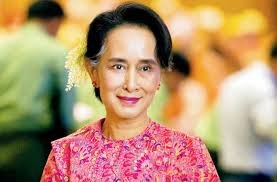 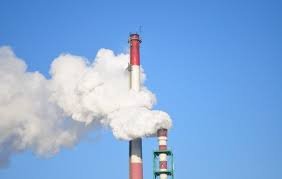