Collections are shot and presented in far-flung locations around the world while the curtain remains closed on those who actually work behind the scenes. For Gucci’s Resort 2021 Epilogue collection, that concept is turned on its head. The Milan-based label is debuted its latest collection via a 12-hour live stream on July 17, going behind the scenes of its latest campaign shoot. And the models showcasing the latest designs are none other than the designers who create each piece. 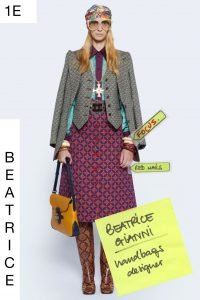 The campaign, which was shot at Rome’s Palazzo Sacchetti, is entitled Epilogue as it serves as the third and final part of a series imagined by Michele that gives a more perspicuous view into his work.

The lookbook is modelled by Gucci’s own designers, creating an intimacy between the clothes and their wearers. This echoes the feeling of Gucci’s isolation shoots: directed by their models and posted on Instagram, Michele’s post Covid work has invited viewers into the heart of the Gucci dreamland. 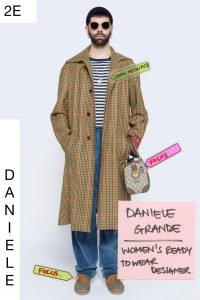 Here, the collection was presented via an ever-shifting moodboard of desktop windows: clips of models posing and photographs of looks, each post-it-noted with amendments and the designer’s role in the Gucci team. Isolated images of vegetables on the checkered background of photo editing software, and the discordant counting of a robotic voice accompanied each look. The viewer feels as if they have stumbled into the cyberspace manifestation of Michele’s vision. 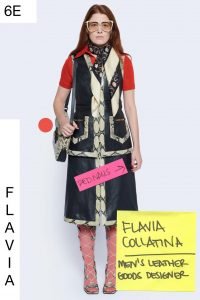 The collection itself is boldly colored and patterned. As ever, eyewear, scarves and hats adorned almost every model, contributing to the beautifully executed eclecticism associated with Michele’s work. The result is a heady, rainbow-coloured exploration of the joy of fashion, delivered through the kaleidoscopic lens of Michele’s inverted presentation.

Image courtesy: All of the images belong to GUCCI. CNB to support 1.6 million cotton farmers of Nigeria for the farming season H&M sales increased by 75% in the second quarter