Can we practice these extreme 18th century fashion in real life? COVID-19 has ushered in the age of socially-distanced fashion, extreme silhouettes that boast a breadth of at least six feet. On Twitter, a video of a man walking around Rome with a massive cardboard disk around his body à la the rings of Saturn went viral. On Instagram, I watched as Matan Korub, a New York-based lawyer, filmed a man on the Upper West Side wearing a triangular wire structure around his body, complete with a T-shirt that read “Social Distance.”

As it turns out, a high fashion approximation of that look has been percolating on the runway for several seasons now in the form of bodacious pannier dresses.  During the lockdown, memes referencing Balenciaga’s XXL Spring 2020 cakeified dresses spliced with images of 18th century women in ginormous petticoats started to make the rounds. The styles all communicated the same message: Stay away.

Curious as to how such a look would work in real life, I considered trying it out myself. My heart was set on one I’d seen at the Puppets & Puppets show in New York earlier this year. Its pretty aquamarine blue hue reminded me of Princess Jasmine—only if she had taken a bicycle pump and blown up her pants. The pannier was around 38-inches wide, or a little over three feet, and extreme all on its own. You would think the accessories would have been over-the-top on the runway, but they were kept to a minimum. “I think a regular degular mask would be a fun juxtaposition to the grandeur of the outfit and a bit tongue in cheek,” said Stella Greenspan who originally styled the collection and agreed to consult on my ensemble via Zoom. We settled on a standard blue medical mask that more or less matched the color of the jumpsuit and a pair of $3 yellow slippers the color of pale egg yolk from Chinatown. Easy!

Clearly, these sort of extreme social distancing looks aren’t the easiest things to move in, and trust me, they are just as difficult to get into. The day I was supposed to wear the jumpsuit, I had to slip into the pannier, a design that originated in the 18th century, which resembled the rib cage of a prehistoric mammal, separately. (Puppets & Puppets designer Carly Mark had her team send over instructions and a short video about how to wriggle into it.) I eventually got into it, but going about my daily activities was hardly a walk in the park. In order to sit, I had to fold the pannier up like an accordion. It was also difficult to, well, pee. And when I finally even got out of the house? I went on the subway before heading to a bodega to pick up some essentials. The first issue was the turnstile. I had to turn my body sideways and shimmy through. On the escalator, the sculpted trouser legs brushed each side of the moving stairway. Thankfully, the woman behind me had a sense of humor and gave me the thumbs up. The looks I got from other passengers were as wide as the pannier. One woman took a photo and others seemed impressed with the concept when I explained it was a social distancing outfit. “That’s a good idea!” She couldn’t see me sweating through the moiré silk. When I walked out of the subway onto the street, a passerby in a truck screamed “I like your outfit!” So, yes, social distancing style is a crowd pleaser.

As extreme as this all may sound, the idea of socially-distanced fashion could soon become the norm. A few weeks ago, a former colleague Insta-storied an image of a woman wearing “a wearable pod,” a contraption that looked like a plastic hamper with armholes created by  Under the Weather, a company specializing in various pods that withstand weather conditions. Hanging plastic pods for dining out have recently emerged on the market, as have these wildly futuristic plastic bubbles. On the more fashion-forward end of things comes Bradley Sharpe, a Central Saint Martins student who created a massive wearable tent dress for his graduation collection while under lockdown in the UK. Though his design was initially created to maintain privacy during musical performances and not for socially distancing, it has been associated with the trend of “staying away.” As for my own Puppets & Puppets outfit? You are welcome to look, but please don’t touch. Fashion and Self perception 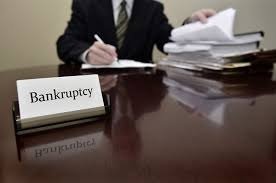