Can Martin Margiela’s film save the fashion retail business? Scroll through the “designers” list on the e-commerce sites for Dover Street Market or The Archive and you’ll see a name that’s been absent from fashion for over a decade: Martin Margiela. Only this time, the Margiela work for sale isn’t a sock top or a Tabi boot, it’s the documentary Martin Margiela: In His Own Words by director Reiner Holzemer. The film, which is narrated by Margiela himself, takes viewers on a journey from his youth to his career heyday and beyond, all the way through to his unceremonious breakup with his namesake brand. Its access to one of fashion’s most influential figures is unprecedented—real obsessives have been waiting for a glimpse of the film since its November 2019 premiere at New York’s Doc NYC festival. While it began to make its way around the festival circuit in late 2019 and early 2020, COVID-19 stalled a big American release.

Oscilloscope, the company distributing the documentary in the United States, sees the lockdown situation not as a challenge but as an opportunity. In addition to being released through small, independent theaters in the U.S., the film will also be distributed through select fashion retail partners as an affiliate link that will direct viewers to a platform to watch the film. Revenues from the link will be split between Oscilloscope and the stores; so far the list includes Dover Street Market, San Francisco’s The Archive, Chicago’s Gallery Aesthete and RSVP Gallery, and Resurrection Vintage in Los Angeles.

The pandemic is nondiscriminatory, hurting businesses of all kinds just as theaters are taking a hit,” says Dan Berger, the president of Oscilloscope. “As a small business ourselves, it seemed like a particularly good opportunity to pool our resources and help other struggling businesses while also taking the film directly to the most relevant audiences.”

The retailers “distributing” the film count many Margiela fanatics as clients. “Margiela and Resurrection have a long connection,” says Katy Rodriguez, whose vintage store is one of America’s preeminent sources for the designer’s work. “We were the first to present a significant collection of Margiela’s early work as a historical and collectible event in 2010, so the film allows us to reconnect with longtime collectors and hopefully make some new friends. For new fans, the film offers a glimpse of what fashion was like in the ’90s. It’s also a reminder of how much the business of fashion has changed.” 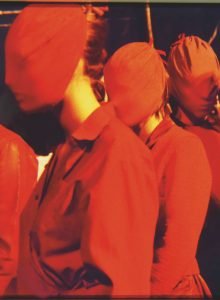 These partnerships are the first of their kind, merging the worlds of fashion and film in an ingenious new way. In the past, places like Bergdorf Goodman or Barneys New York (RIP) might have been the backdrop for screening after-parties. Now small retailers have the opportunity to list a streaming movie alongside this season’s best-selling items.

As long as theaters are closed, we will have to keep adapting,” says Berger. “We’re a company of people that love the theatrical experience and want it to return so people can enjoy our films on the big screen, but it needs to be done safely, and until then there is certainly a need for us to seek out nontraditional means of getting our films in front of audiences.”

Would retailers consider this for future fashion films? “Absolutely!” says Rodriguez. “We love being a part of bridging fashion history and film. And we love the documentary, so it’s been easy to promote. It’s truly the Margiela model.”

You have to think that Martin Margiela, reflecting on fashion’s new world order, would be pleased to know that the distribution of his documentary is taking as untraditional an approach as he often did in his own career—though he hasn’t yet expressed anything to the Oscilloscope team. “Not from Martin, no,” demurs Berger when asked if they’ve received any response from the Belgian designer. “Reiner [the director] is excited,” Berger continues. “One of the toughest parts of our jobs is creating awareness. And as a filmmaker, people actually seeing your film is usually the reason why you do this. By broadening our outreach, we create more awareness, and hopefully more people see the film.” 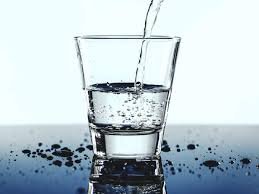 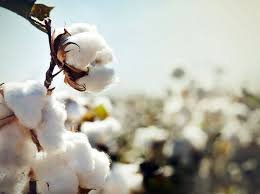