Anime is the new fad in fashion Frills and puffed sleeves are nothing new on the fashion runways. However, at the recent Fall 2020 Moschino show, Jeremy Scott presented the typical silhouettes of ruffles and large bows with an unusual twist- prints inspired by ‘The Rose of Versailles’, a popular Japanese comic or ‘manga’ about Marie Antoinette.

As it turns out, this inspiration struck Scott because of a summer he spent in Tokyo when he was 16. He says that while trying to learn Japanese, manga played a key role in improving his grasp on the language.

When the year in fashion is coming to a close, the high art of Japanese animation may well end up being seen as one of its tactical trends, championed by some of the most daring influencers active today, including Virgil Abloh and the rapper Megan Thee Stallion. And with the advent of the legendary Studio Ghibli on the streaming network HBO Max, it is impossible that the creativity of this rich legacy will fade away from ubiquity.

“The future is bright for manga,” says Nicole Coolidge Rousmaniere, who last year curated the largest exhibition on the subject outside Japan; it was the British Museum’s best-attended show of 2019. “If manga weren’t there, fashion would have had to invent it.”

The narrative style of manga, characterised by lush illustrations and text, is drawn from age-old Japanese art works, illustrated scrolls reaching back to the 12th century; it achieved a broad base by serialisation in the 1920s in magazines and newspapers. A century later, manga is a billions-dollar business that covers fine art, gaming and, most prominently, anime.

Ghibli’s creators (including director Toshio Suzuki and director Hayao Miyazaki, who received an Academy Award for their movie Spirited Away in 2003) are to Japanese animation what Watteau, Boucher, and Fragonard were to the French Rococo. Yet they had resisted to make their sumptuous creations streamable until this year.

From Prada to Gucci luxury people were among the giddiest supporters of anime, not coincidentally. Nicolas Ghesquière welcomed many to the cult classic Neon Genesis Evan-gelion at Louis Vuitton ‘s Spring 2016 show; he later cast a character in the advertisement from the video−game Final Fantasy.

A year and a half later, he opened a show with Ghost in the Shell theme music, a longtime favourite of dystopian anime. New York designer Sandy Liang adorned with anime eyes apparel from her fall collection this year, and Megan Mete Stallion, in partnership with anime distributor Crunchyroll, launched a merch range.

Back in Vuitton, as part of the spring 2021 collection, Abloh, the menswear artistic director, enlisted the multihyphenate artist Reggieknow to conceive  a series of characters and animations for a short film. Reggieknow considers himself an evangelist for the “anime religion”: “I’ve been doing that for some time. And I think you might assume that the world is now catching up.

This sort of passion for anime definitely needs to be worn on one’s sleeve, and designers like Scott make just that possible. 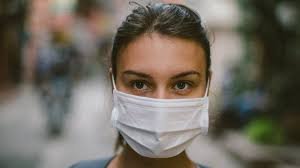