The word kawaii is derived from a phrase that means a “RADIANT FACE” Which refers to the blushing of an embarrassed person. In Japanese alphabet it literally means “ABLE TO BE LOVED”. So we didn’t see a why not there.

While we may dismiss cuteness as a regional peculiarity , there is science to back up the unexpected usefulness of kawai. A study by researchers from the university fo Hiroshima did several experiments on students and found that their performance on a variety of tasks like fine more Dexterity and non-visual searches improved after viewing cute images of puppies and kittens.

The main feature of Lolita fashion is the volume of the skirt, created by wearing a petticoat or crinoline The skirt can be either bell-shaped or A-shaped. Components of the lolita wardrobe consist mainly of a blouse (long or short sleeves) with a skirt or a dress, which usually comes to the knees. Lolitas frequently wear fashion wigs in combination with other headwear such as hair bows or a bonnet (similar to a poke bonnet ). Lolitas sometimes also wear Victorian style drawers under their petticoats. For further effect, knee socks, ankle socks or tights together with either high heels or flat shoes with a bow are worn. Other typical Lolita garments are a jumperskirts (JSK) and one-piece (OP).

Kawaii goth is also known as Yami .Yami kawaii has lot of attention in Japan . It’s like any other harajuku kawaii . In Yami kawaii Yami means darkness and kawaii is cute and the words combines to give meaning “dark cute” .Under kawaii goth fashion comes lolita goth, fairy  kie, pop kie and decora

Gothic lolita is inspired by Victorian children fashion which includes bows, ruffels, frocks, etc.Instead of white ,pink and other colours it uses black laces and ruffels .

Fairy kawaii is the mix of cute kawaii look with a retro 80s look adding lots of colours and adorable children character like hello kitty.Fairy kei also trends to be feminine in nature with lots of skirts and dresses.Paired with dark makeup and light hairstyle throwing an oversized sweater and leg warmer with pastel  would be the perfect combination of goth and fairy kei.

While similar to fairy kei, pop kei has a few important difference that sets the two looks apart.Pop kei looks often contain a large range of colours that are usually darker and brighter than those worn in fairy kei.It’s one off the street fashion of Japanese culture.Pop kei looks are denim and leather aspects, darker or even black garments, graphic prints etc.

Decora fashion seems opposite of goth. It’s all apout wearing multiple layers of  brightest colour, large collection of accessories and printsDecora is supposed to be the loudest fashion one can ever see.The style reached its pick in mid 2000s but it’s still famous Decora fashion has less of silhouette and more focused on accessories motifs and colours.

Harajuku is one of Japanese street fashion . Harajuku style include manga-inspired baby-doll dresses and pigtails, goth makeup and platform shoes, and kimonos. It is a playful, colorful mix of girly and punk,popular among Japanese teenagers. This street style originated from a postwar combination of American and Japanese culture and formed mainly around the Harajuku district in Shibuya, Japan.

Harajuku style is named after Harajuku Station in Tokyo. In the beginning, the local youngsters would occupy the streets dressed in unique and colorful outfits. The first craze was mixing traditional Japanese attire with western clothing. The message these Harajuku kids were sending is that they don’t give a damn about mainstream fashion. They would and can dress as they wish.

Japanese subculture is one of the colourful subcultures in the world . Its all about being cute , funny , playful and happy . bring some elements of japanese fashion in your life and enjoy every bit of it. Economy to rebound in second half of 2020 as Covid-19 recedes: IHS Markit 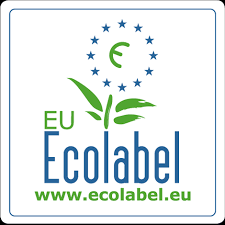 H&M narrows gap with Zara on the back of new stores, low prices.