A note on Baba Jagne – secret tailor to the celebs Creating a killer red carpet look involves much more than just putting on a dress. Sure, stars are sent some of the best clothes in the world — often plucked right from the runways — but if it doesn’t fit them properly, a couture dress might as well be a paper bag. Stylists and glam teams play a big role in crafting these memorable looks for the step and repeat. But the true unsung heroes of Hollywood are also the tailors. They are the quiet experts during the fittings process that give an ensemble a totally customized feel. One such tailor in Los Angeles is Baba Jagne, who has worked with clients such as Cardi B, Normani, Naomi Campbell, Saweetie, and more.

Jagne is the secret tailor to the stars worth knowing. He’s worked on looks that you’ve most definitely seen hit the red carpet or a cover of a magazine, like this viral Rolling Stone shoot with SZA, Meghan Thee Stallion, and Normani. Originally from Gambia, West Africa, Jagne learned how to make and alter clothing from his family members. “I was born into it,” he says. “My dad was a tailor and my mom was a seamstress.” He remembers even making his own elementary school uniform—and his friends’ uniforms, too. He would also help his aunt with unique fashion projects too, all of which gave him an understanding of high fashion. “My aunt had an atelier in a five-star hotel where all the tourists stayed,” he says. “They’d come in with all of these designer clothes—like a Versace dress in silk—and would ask to replicate them in African fabrics, like Ankara.”

His expertise in tailoring work made him a go-to for all sorts of customization work, which could mean deconstructing garments and totally re-fitting them, or doing more subtle alteration work to really make pieces pop. “I’m there to just make sure it fits, whatever it takes—even if I have to take it apart and put it back again,” he says. He has now worked with stylists such as Kollin Carter, Jason Rembert, and more to create one-of-a-kind outfits for their clients. Lately, Jagnes has been working a lot with Carter, who styles the rapper Cardi B. “She’s an amazing person to work with because she’s a very chill person. I’ve made some things for her that will come out,” he says, hinting at the release of her new music video with Megan Thee Stallion, dropping tomorrow. He also recently converted a Louis Vuitton monogrammed skirt into a top for her. “It didn’t take me no longer than four hours,” he says. 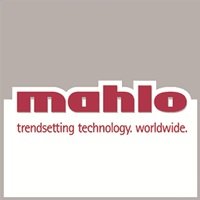