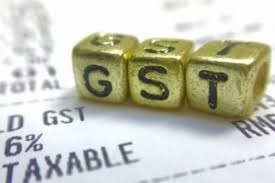 Bogus invoices were raised against the fictitious sale of milk products such as Ghee, milk powder, etc.

Another incident of GST fraud related to input tax credit has surfaced after the Anti Evasion branch of Central Goods and Service Tax (CGST) busted a racket availing input tax credit through fake bills of nearly Rs 1,278 crore. The syndicate was using seven different fake firms with the intent of passing of inadmissible credit to the tune of nearly Rs 137 crores, said a statement by the Ministry of Finance. The fake billing operation was primarily engaged in generating and passing fake ITC, primarily to the milk products industry. Bogus invoices were raised against the fictitious sale of milk products such as Ghee, milk powder, etc.

The searches conducted by the GST official revealed that apart from the other number of distinct companies, major brands such as Milk Food Ltd. was one of the major beneficiaries of the inadmissible credit. A large number of incriminating documents related to the racket were also recovered.during the searches.

The searches were conducted over more than nine places across Delhi and Haryana to identify the taxpayers, who were defrauding the government of its legitimate taxes. The fraudulent taxpayers used bogus invoices and bills creation, without actual movement of goods. The government said that all the e-way bills generated to transport the goods were fake. The officials have named Ashish Aggarwal as the mastermind behind the fraud and have taken him into custody. The statement apprised that the primary beneficiary firm of this bogus billing network was Maya Impex, which has been registered in the name of Ashish Aggarwal’s 66 years old mother through which fake ITC of Rs 77 crore has been passed on.

Meanwhile, the income tax department has also been conducting similar searches in recent months. The officials have recently busted a Bijnor based group engaged in real estate business and it’s associates. The firm had huge security premium reserves and massive liabilities in the form of loans and advances from related parties and other payables, even then they had advanced substantial loans to others. The sales of the group were not commensurate with the loans and advances shown. During the search, unexplained cash of more than Rs 50 lakh and unexplained jewellery weighing approximately 2.5 kg has been found so far.