The new government, which finds the large industrial incentives as burdensome on the already financially crippled state, will unveil a new industrial policy before the next Budget, said industries minister MekapatiGoutham Reddy.

The Andhra Pradesh government, headed by YS Jaganmohan Reddy, plans to junk blanket incentives and extend them only to sunrise and employment-generating sectors. This is a significant shift from the previous regime’s policy of doling out large industrial incentives to attract global giants.

The new government, which finds the large industrial incentives as burdensome on the already financially crippled state, will unveil a new industrial policy before the next Budget, said industries minister MekapatiGoutham Reddy (in picture), in an interaction with the ET editorial team on Tuesday. The state owes thousands of crores to industry.

Terming industrial incentives as a myth that misleads the investors, the minister said incentives adversely impact the fiscal discipline of the state and that his government cannot promise large incentives that its Budget cannot afford. Further, he said, such unviable incentives would also adversely affect his government’s ability to meet the promises on social welfare programmes.

“Why there was an outstanding of Rs 4,000 crore (of industrial incentives and subsidies) is basically because we (the previous regime) had overpromised. And, today, I (the new go- vernment) have to make budget provisions for all those (pending incenti- ves and subsidies),” said Goutham Reddy. While accusing the previous regime of devising a lopsided incentives policy, the minister said, “I would rather create incentives for sunrise industries. I rather would want to give incentives to startups. I would rather give incentives to mass employment (sectors) like apparel parks.”

Referring to the huge incentives offered to Kia Motors by the Chandrababu Naidu regime, minister Reddy said, “(With) the policy that gave them that empowerment, I think any company could have come in. If I have committed 100% guarantee on your equity, which company wouldn’t want to come in and invest? It’s a no-brainer. What is the risk that the investor is taking if I (the government) am committing to you 100% return on equity?”

The minister said his government will focus on micro, small and medium enterprises (MSMEs) with a cluster approach, taking into account the strengths of each of the 25 parliamentary constituencies in Andhra. Apart from focussing on startups by giving them access to problem areas in the government services, the YSR Congress government is also looking at promoting Visakhapatnam as a destination for attracting investments into the information technology sector.

“We will brand Vizag as a destination for future Indian investments into IT,” said the minister, who also handles the IT portfolio. The idea is to compete with Bengaluru and take away as big a slice as possible, he said. The Andhra government would also look at developing tech parks at its southern borders close to Bengaluru. He faulted the previous regime’s ‘overenthusiasm’ to drive the IT sector to Amaravati, which proved to be a nonstarter.

His government would also encourage electric vehicles and come up with an EV policy soon to attract investments into the sector. Goutham Reddy also found fault with the promises that the previous regime made, saying some of them did not make ‘Economic sense’. Also, he alleged, the Naidu government did not fulfil the promises made to investors while inviting them to set up their industrial units during the CII Partnership Summits.

He added that the previous policies lacked holistic approach with regard to the downstream benefits to the state. The policies were also lopsided and gave free access to interpretation and led to discretionary pricing in land allocations to the industry. Pak TPB to rationalize tariff systems for the textile sector 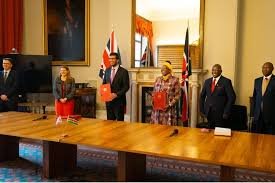