The Andhra Pradesh Government has identified three districts to promote its textile products under ‘One District One Product’ (ODOP) programme that aims at developing traditional industrial hubs at the district level.

Anantapur district for readymade garments, Srikakulam for Ponduru cotton and West Godavari for crochet lace have been selected.

The State Government is also preparing action plans to realise the export potential of the respective products.

As per a report published in the leading English daily, The Hindu, overall 13 districts have been identified in various product categories.

The products will be ultimately considered for geo-tagging which can give them a distinct advantage over other products in the global markets.

According to official sources, the products have been catalogued and steps are being taken to bridge the gaps in infrastructure, supply chain and skillsets.

Emphasis will be laid on exploring the markets overseas, which is the purpose for the integration of the ODOP with the ‘districts as export hubs’ initiative being jointly implemented by the Directorate General of Foreign Trade and the Department for Promotion of Industry and Internal Trade.

Andhra Pradesh has also partnered with leading e-commerce companies such as Amazon, Flipkart and Myntra and some of the products are being received well by the customers.

Besides, the Government is lending financial and logistical support such as common facility centres for scaling up the manufacturing of the selected products.

It is worth mentioning here that Andhra Pradesh is India’s second largest producer of cotton and raw silk.

The state also has a well-developed spinning and processing sector. Its unique integrated apparel city in Visakhapatnam, with an innovative ‘Fibre to Store’ concept, is well appreciated. 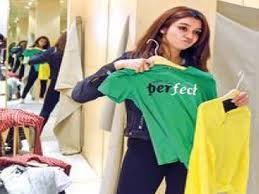