Anavila Misra, Mumbai based designer believes in creating products that are true to her name. ‘Anavila’ is a Sanskrit word which means to pure. Her eponymous brand is a tribute to India’s rich and diverse textile heritage. For Anavila, it’s all been about standardizing the sari as the modern woman’s daily dress, rather than categorizing it as ‘occasionwear.’ 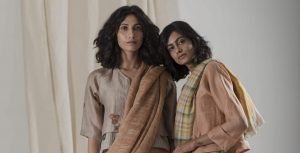 Today, some of Bollywood’s top acts flaunt her creations, including celebrities such as Vidya Balan, Sonam Kapoor, Kangana Ranaut, Rani Mukherji, Kajol, Kalki Koechlin, and Konkona Sen Sharma among others. Anavila reveals in an exclusive conversation with MAKERS India all about her linen experiments, her quest for sustainability and her appreciation of India’s art and textile heritage.

After graduating from the National Institute of Fashion Technology (NIFT), New Delhi, Anavila worked for well-known menswear companies such as Louis Phillipe and Wills Lifestyle, where she was introduced to linen textiles. The yarn’s luxurious quality made a profound impression on her, so much so she wanted to incorporate it into her own aesthetic design.”The yarn quality was amazing, and I fell in love with its texture and the way it lends itself to beautiful clothes. It’s rugged and grainy, but it’s all luxury. The warmth and fluidity of the body are spiritual. People equate luxury with glitter and luster, and I tried to shift that idea, “she says.After working with several menswear brands, Anavila had a three-year stint with the Ministry of Rural Development. She saw the disparity between commercial markets and craft clusters in rural centers. After a five-year sabbatical, she decided to make a comeback to the workforce.

Vidya Balan in a saree by Anavila Mishra

Today, her saris are retailed at some of the top fashion stores in India, including Good Earth stores across India, Ogaan in Mumbai, Delhi and Hyderabad, Rain Tree and Angadi in Bengaluru, Elan in Ahmedabad, and Amethyst in Chennai, among others. She also has a flagship store in Khar, Mumbai and Gurgaon, and sells through her website as well.

‘Mindful consumption comes from mindful creation’ is the tagline of Anavila’s brand, and she swears by it. Today, she works with close to 150-200 weavers across craft clusters in India, and there are close to 70 who work directly with her in Gurgaon and Mumbai. “In terms of their jobs, these weavers are absolutely safe. For example, there are seasons in Jharkhand when there is no work; but we try to provide some task or other to these craftsmen while they are sitting at home because we are aware that they need to be sustained on a regular basis, “says Anavila, adding that she also contributes to the education and for their children.

To keep the revenue stream running, the brand also created artisanal rakhis this season, generating employment for women in their Gurgaon unit. 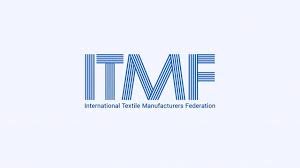 ITMF Statement on the Corona Crisis