Manish Sabharwal, chairman of human resources firm Team Lease Services grew up in Jammu and Kashmir as a child. Despite its abundant natural resources, Sabharwal says it’s an economic infant. In an email interview, he said the abolition of Articles 370 and 35A could be good for the state, as these had created “huge regulatory and legislative cholesterol in land and labour markets.

To promote Jammu & Kashmir as an attractive destination for investments, the state department of Industry and commerce has reached out to several corporates including ITC, Tata Group, Suzlon Energy, Mahindra Agrotech, Ultra Tech Cement, and Radisson Hotels to participate in its first Investors Summit likely to be held in October November, top officials said. Prodded by the Centre, the department, along with Confederation of Indian Industry (CII), is also planning roadshows and interactions with officials and investors from countries of the Middle East, Malaysia and Singapore to attract investments into Jammu and Kashmir, the officials told ET. On Monday, the NarendraModi led government in a historic decision revoked Article 370 of the Constitution that granted special status to Jammu and Kashmir, with home minister Amit Shah blaming the special provisions for lack of investments and growth in the state. 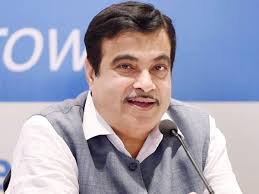 Growth of denim in domestic market