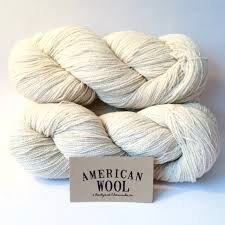 (Tribune News Service) — A Stafford Springs, Conn., woolen mill, one of a few remaining in the U.S., has won a $2 million military contract to make Army dress uniforms in a Pentagon initiative to strengthen industrial supply chains damaged by the coronavirus.

The $187 million Department of Defense program is intended to back the defense workforce in shipbuilding, aircraft manufacturing and clothing and textiles and restore jobs lost as a result of the virus.

“This new investment to keep production of U.S. Army uniforms here at home, in eastern Connecticut, will help ensure that the men and women of our armed services have the resources they need no matter what,” said Rep. Joe Courtney, the Connecticut Democrat whose congressional district includes American Woolen.

Courtney, a member of the House Armed Services Committee, called American Woolen an “eastern Connecticut success story” that revitalized the historic Stafford Springs mill when it came close to shutting in 2014.

American Woolen purchased the former Warren Mill site and relaunched its manufacturing operations in 2014. In addition to the U.S. military, customers included brands in apparel, interiors and accessories, the company said.

The mill had been the site of Warren Mill since 1853 and operated until the late 1980s. An Italian textile company ran it until it closed in 2013 and laid off about 80 workers who remained. Kirkland’s will introduce its second Featured Artist Collection: this fall