According to Joseph, an FTA between the United States and India would promote business in the textiles sector.

The team also suggested Irani for providing higher skills to workers and drawing up a sustainable growth plan for the apparel sector, according to Indian media reports.

“We are at an inflexion point. Manufacturing is moving away from China. There is a window of opportunity for India to attract investments in manufacturing. However, there is a lot of competition from countries like Bangladesh, Vietnam and Indonesia, and India needs to do all it can to increase its relevance,” Joseph told a press conference.

In the last four years, investments worth $30 billion in textiles had moved out of China because of various factors including rising input costs, but very little had come to India, Gautam Nair, chair of the Confederation of Indian Industry (CII) Textiles Task Force said.

The delegation, which had representatives from US companies like Ralph Lauren, the PVH Group and Carter’s Inc, also discussed business possibilities with NitiAayog chief executive officer Amitabh Kant and met the faculty of the National Institute of Fashion Technology (NIFT) to exchange ideas on the latest trends in design. 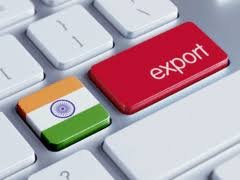 Essity, Maker Of The Tork Brand, Enriches the Portfolio With Acquisition Of Legacy Converting Inc.