A team from the Pakistan Readymade Garments Manufacturers and Exporters Association (PRGMEA) led by Adeeb Iqbal Sheikh, chairman (NZ), met with the Postmaster-General of Punjab, Khawaja Imran Raza, and other Pakistan Post officials at the latter’s office here.

The team was briefed by the postmaster-general, who informed them that Amazon had extended its platform to Pakistani retailers.
The platform allows shops to sell their items directly to customers and allows for mass production. The approach will assist to promote more businesses and provide internet buyers with access to Pakistani brands.
The postmaster-general told the group about the Pakistan Post’s development of an Amazon facilitation centre to assist garment manufacturers-cum-exporters in selling various goods globally using Amazon’s cutting-edge international logistics capabilities.
He informed the group that Pakistan Post was completely prepared to capitalise on Amazon’s potential, adding that Pakistan Post was ready to deliver merchants’ consignments from their doorsteps to various Amazon warehouses across the world.
Sheikh stated that barely weeks after Amazon extended its platform to Pakistani retailers, Pakistan Post was legally authorised as the global e-commerce giant’s delivery partner. This was viewed as a huge accomplishment for Pakistan’s e-commerce sector, since Pakistani items would suddenly be available to millions of buyers worldwide. Avoiding Fast Fashion: How to Get a More Sustainable Wardrobe 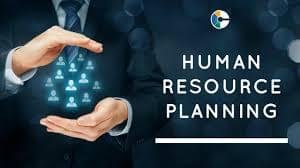