African nations have left India behind to turn the largest source of cotton for Bangladesh as domestic spinners and millers aim to cut down their dependence on a single source for this raw material. Bangladesh, the largest importer of cotton in the world, met 37.06 per cent of its requirement for the white fibre from East and West African countries last year. India accounted for 26.12 per cent of Bangladesh’s total cotton imports, down from more than 60 per cent two years ago, according to data from the Bangladesh Textile Mills Association (BTMA). Last year, 11.35 per cent of the cotton came from the Commonwealth of Independent States (CIS) countries, 11.14 per cent from the United States, 4.65 per cent from Australia and 9.65 per cent from the rest of the world, according to a report in an English-language daily in the country. The low quality of the Indian cotton is the main reason behind the falling imports from the neighbouring country, according to BTMA secretary Monsoor Ahmed.

A section of Indian cotton traders also cannot maintain timely shipment and deliver the right quantity of cotton as per agreement, said Bangladesh Cotton Association president Mehdi Ali. The concentration of moisture in the Indian cotton is higher than in other countries’, which makes it difficult to store in the warehouses for a long time. Last year, Bangladesh imported 8.28 million bales of cotton (one bale equals to 282 kilogrammes). In dollar terms, the imports are worth $3 billion. The country produced 1.65 lakh bales of cotton last fiscal, which is less than 3 per cent of the annual demand of 10 million bales. To boost domestic cotton production, state-run Cotton Development Board is looking for new farm lands in hilly and swampy areas in various districts along with existing cultivation areas in Jashore, Rangpur, Dinajpur, Rajshahi, Gazipur and Mymensingh. The board hopes to produce 2.5 lakh bales of cotton by 2021, which will meet nearly 5-7 per cent of the domestic consumption. 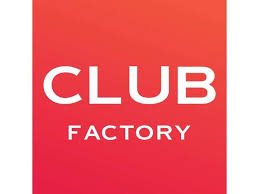 No settlement of dues till ban: Club Factory