AEPC requests that the yarn pricing be checked The Apparel Export Promotion Council (AEPC) has urged the Union Government to put a stop to the price volatility of yarn, which is currently impacting the value chain.
The government should take effective steps to control the prices for exporters, says A. Sakthivel. He also said the government should announce the modus operandi for the recently announced Rebate of State and Central Taxes and Levies (ROSCTL) The benefits of Remission of Duties and Taxes on Export Products (RODTEP) should be extended to units in EOU/SEZs.
The increasing sea freight charges and container shortage are a matter of concern to exporters, he said. If exporting units buy yarn from the domestic mills it should be considered as fulfilling export obligation of yarn manufacturers. The Cotton Corporation of India should supply 60% of its cotton to domestic yarn manufacturers, he added. He said the government should take effective steps to control the prices. 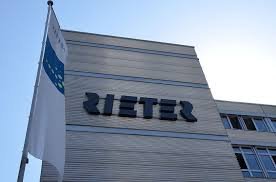