Adidas has replaced Under Armour as the sports gear vendor for the University of Hawaii at Manoa, the university said on Wednesday. UH and Adidas have agreed to a four-year contract extension through the 2024-25 sports season. Adidas will supply sports footwear, clothing, and accessories. In 2016, UH’s contract with Under Armour was valued around $1 million to the school in both goods and cash. The athletic department’s first contract, worth $10.27 million, was signed in 2017.
For the 2021-22 sports season, the University of Hawaii will become an Adidas school. Adidas will sponsor the University of Hawaii football, men’s and women’s basketball teams. The remaining 16 UH teams will switch to Adidas the following year, 2022-23. “We are excited about our collaboration with Adidas and the innovative ideas they have for expanding our brand even further,” stated UH Athletics Director David Matlin.
Adidas has inked an endorsement agreement with the University of Hawaii football team. The Rainbow Warriors have previously worked with the firm. Under NCAA guidelines, UH quarterback Chevan Cordeiro recently became the first collegiate athlete in Hawaii to publicly exercise his new name, image, and likeness rights. 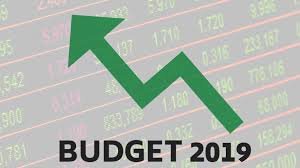 Suominen introduces BIOLACE® Ultrasoft, a plant-based nonwoven for those with sensitive skin