A cut above the rest, Zara now keen to cut mall rentals to size.

A decade after its highly publicized entry into India, Spanish fashion retailer Zara is asking some malls where it has run stores for years to renegotiate rental terms, including reduction in revenue-share deals and either lower or total waiver of common area maintenance (CAM) charges that tenants must pay landlords.

Zara has established itself among the strongest fast-fashion brands in India, and the company owned by one of the richest Spaniards has posed stiff challenge to homegrown department store chains such as Shoppers StopNSE -0.67 % and Dubaibased Lifestyle, as the “anchor tenant” in tony shopping centres.

Multiple mall executives where the world’s largest fashion brand is present say Zara is still a strong performer even after mounting competition over the last five-seven years – and the arrival of more foreign brands and an explosion of web commerce.

“Zara knows that it has helped all the malls by bringing in footfalls and revenue that competition has found difficult to match or overhaul,” said a top executive at a mall in New Delhi. “Zara realises this and is now renegotiating better terms.”

A spokesperson for Zara in India declined to comment. Inditex Trent, a joint venture between India’s salt-to-software Tata Group and Zara’s global owner Inditex SA, runs Zara stores in India. The venture saw its revenue rise 17% to Rs 1,438 crore in FY19, leading to a net profit of Rs 71 crore.Some mall executives justified Zara’s latest move, saying that if anyone deserves a better deal from shopping centres, it is Zara. The Spanish brand has revenue-sharing agreements with most of the malls, and landlords get about 7-8% of Zara’s revenues – one of the lowest revenue-sharing rates in the industry, mall representatives said, on the condition of anonymity.
“I would rather call it restructuring the terms rather than renegotiation, even though the deals are now slightly tilted toward Zara,” said a top executive at a New Delhi mall that has Zara as its anchor brand. “Zara is now saying even the CAM it wants to pay be linked to its sales.”

Another mall executive said Zara, which was already getting “subsidised CAM”, is now asking for a full waiver of the CAM.“I don’t think Zara is at fault or not justifying its demand for better deals,” said the mall owner cited above. “It has come, it has performed, and only after that it is asking the terms be restructured.”

Zara has opened only 22 outlets in India since its arrival in the country in 2010, even though it has become a rage among high-spending fashion consumers. By contrast, global rival Hennes&Mauritz (H&M) of Sweden has rolled out double that number of stores since its arrival in India four years ago. 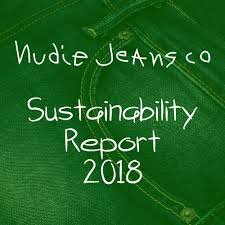 Why Inclusivity in Fashion at the Grassroot Level is Important