A colourful solution to flower waste In India, Shiva is the god of destruction. His job is to destroy the universe to re-create it. Every morning, Hindu temple bells ring out across the mist. The sound mingles with chanting, as groups of people gather to offer orange and pink flowers, milk and incense.

But in the same way that metal can be melted down and cast into a beautiful statue, Shiva’s strength lies not in destruction but in the creation of something new. Where there is disruption there is renewal, and worshippers pray for opportunity and positive change.

This is what entrepreneur and Young Champion of the Earth finalist Ankit Agarwal contemplated one day, when he hit upon an idea. Looking out onto the River Ganges—the lifeline for more than 400 million people which provides 40 per cent of India’s population with water—he realized a paradox.

The Ganges river has deep religious significance for Hindus. Millions bathe in its waters, believing they wash away sins. It is also highly polluted.

“As I was thinking about this, a temple truck dumped flowers right in front of me. Then it struck me: this is something I’ve seen all my life. I didn’t think of flowers as pollution. I started studying the life-cycle of flowers and was amazed,” says Agarwal. From flower waste to incense

“Every day, around half a million people go to temples and offer flowers, but no one thinks what happens next,” he added. “More than eight million tonnes of flowers are dumped in the river every year, along with toxic pesticides and insecticides used to grow them.”

When Agarwal started collecting 18 kilograms of flowers a day, flowers from small temples in Kanpur, Utter Pradesh—India’s most populous state —people thought it was “nuts,” he says. With US$900 three years ago, he founded HelpUsGreen social enterprise.

Today, the company has raised US$1 million in investment. Working directly with temples at the nearby Ganges river, the initiative has upcycled 2,753 metric tonnes of flowers before they even reach the river, and offset around 275 kilograms of pesticide residue to date.

A small truck rolls into the factory grounds, dumping a mess of yellow, orange and pink flowers into waiting buckets. From there, the flowers are sorted and sprayed with organic extract to remove pesticides, washed, kneed and rolled into incense sticks and cones.

Deepak Mann left Delhi to work at HelpUsGreen. “The women work with smiles on their faces. Everyone is comfortable working on this bigger project of saving the river Ganges from pollution,” he says.

The enterprise now supports 79 women and Agarwal has big ambitions to bring that number to 5,000 by 2020. Most were previously working in hard manual labour jobs in the city or as sanitary workers with unpredictable income.

“This is not only about switching jobs and decent wages,” explains Mann. “The women feel their sins are washed working with the flowers. They are from different backgrounds. They drink water together; eat together, establishing dignity, respect and equality.”

The women are provided with national identity cards and taught to sign their name, enabling them to open a bank account and get health insurance. Living in slum areas—and often being illiterate—they would not access these benefits on their own.

Puja Sonkar did not have a job before hearing about HelpUsGreen through a friend. A year later, she has her own bank card and is saving to send her children to school, so they can become whatever they would like to be.

Munni Devi heard about the incense-making company through her daughter. “I was working at the hospital nearby and my salary was not paid on time. When you are not paid on time, you need to borrow. I used to ask my neighbours for cold water.

“Now I have a fridge—my neighbours even ask me for water. I can save money, which I could not do before, and we have enough for food and water. My youngest children, aged 12 and 15, are going to school. Because we are poor, that is the only way out,” she says.

“My vision is to ensure that everyone has equal rights and opportunity,” notes Agarwal.

He also plans to set up a micro-flower entrepreneurship franchise model, to scale faster. “To solve this pollution problem, we need at least 10,000 people like us,” he says.

Feng Wang, Programme Officer at UN Environment for Life Cycle Thinking, said: “Waste previously polluting the water is now circled back into the economy, generating revenues and more valuable organic products, as well as creating job opportunities and new business case. This is the thinking we need for a sustainable future with circularity and less toxicity.”

In a small packing room, wall signs highlight 13 fragrances, from orange and rose to eucalyptus and Lavender. Neatly crafted boxes bound for customers across India contain colourful incense holders. The destroyed flowers are transformed and given a new life.

We encourage everyone who wants to make a difference for our planet to see if they have what it takes to be a Young Champion of the Earth. Apply today! The Young Champions of the Earth Prize is powered by Covestro.

Ahead of the United Nations Environment Assembly next March, UN Environment is urging people to Think Beyond and Live Within. Join the debate on social media using #SolveDifferent to share your stories and see what others are doing towards a sustainable future for our planet. 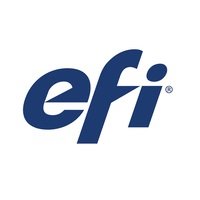 EFI Connect 2020 Keynotes Are Not to Be Missed