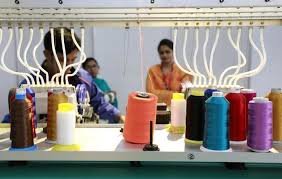 Fifty eight new garment factories have been set up in Bangladesh between January and October this year while 60 units closed during the period, according to the Bangladesh Garment Manufacturers and Exporters Association (BGMEA). Of these, 43 per cent were set up by fresh entrepreneurs and the rest by experience garment industry players, it said.

The new ones coming up with safety compliance and modern, green technology, while the small and non-compliant ones are failing to sustain in the highly competitive market, according to a report in an English-language daily from Dhaka.

Entrepreneurs set up 374 new units in the last four years, while 332 units closed. Some 29,594 workers have lost their jobs due to the closure of the 60 units, while the new units employed 51,359 people. Some 29,999 units of machines for manufacturing knit, woven and sweater items have been imported and installed in the new units, BGMEA data showed.

Out of the new factories, 13 are in knitwear, 14 in wovens, eight in sweaters and 23 in mixed items. The new units have added a cumulative production capacity of 354.45 million dozens of pieces per year.

The country earned $ 34.13 billion from exports of knit and woven items in the last fiscal year, according to official data.

Readymade garment (RMG) exports, however, witnessed a negative growth of 6.67 per cent to $10.57 billion during the July-October period of the current fiscal. Textile recycling is the focus of a new circular project