India is a country with many distinct cultures that coexist peacefully. Each community’s culture reflects traditions and legacy passed down from generation to generation. Handloom is a cultural asset that has been used in our civilization for centuries.

Indian handloom goods are known across the world for their eye-catching designs and exquisite craftsmanship. The northeastern area of India is a compelling cultural patchwork rich in tradition and wildlife. The linguistic variety, as well as different traditions and heritage, are represented in handloom goods from the Northeast.

The sceneries in the Northeast are widely recognized. It is also well-known for its beautiful handicrafts. Northeast handloom goods are endowed with excellent artistry that differs from tribe to tribe. Assam, Arunachal Pradesh, Meghalaya, Manipur, Mizoram, Nagaland, and Tripura, together known as the “seven sisters,” comprise India’s northeastern region.

Each state has a centuries-old handloom heritage that teaches how to weave colorful, beautiful, and intricate handloom patterns. Northeast goods have magnificent designs and patterns that symbolize each state’s cultural identity.

While Northeast Handloom textiles are an important cultural treasure, they also play an important role in economic growth. The handloom sector is proud to be the country’s second-largest employment source after agriculture.

Each tribe in the Northeast Indian states excels at weaving. Every region has its unique distinct weaving technique. Regardless of whether it is used to meet basic clothing needs at home, for a ceremonial event, or as a decorative piece, hand-woven textiles serve an important part in creating social and cultural individuality, rituals, and environments.

Traditional weaving techniques are used across the Northeast. It is one-of-a-kind in terms of ginning, spinning, and weaving techniques. The hill people weave on tiny ‘loin looms.’ Some Brahmaputra Valley tribes, including as the Dimasa Kachari, Bodo Kachari, and Mishings, utilize a type of ‘fly-shuttle loom.’

Weaving is no longer practiced by the Nocte, Nyishi, or Khasi. They are reliant on either neighbouring tribes or the plains market. Weaving is the only monopoly of the womenfolk among all tribes in the region. Tribal weavers create a wide range of fabrics. Some of them are vibrantly colored. The region’s textile goods include loincloths, shawls, skirts, sashes, jackets, bags, and rugs. The Nagas’ shawls and loincloths, for example, and the Mizos’, Garos’, Mishmis’, and Adis’ skirts all have distinguishing characteristics.

We present you the unique narrative of Northeast goods to commemorate the tradition that recounts the stories of age-old craft. Arunachal Pradesh, which literally means “land of dawn-lit mountains,” is India’s most eastern state. To the south, it shares borders with Assam and Nagaland. Arunachal Pradesh’s culture is really diverse, since the state is home to 26 major tribes and sub-tribes. Each tribe has its own set of traditions and customs. Colorful festivals define Arunachal’s cultural lifestyle. Because agriculture is the backbone here, people typically celebrate festivals as a way of thanking the Almighty for a bountiful crop. These festivities also highlight the various tribes’ creative abilities.

Arunachal Pradesh’s 20 tribes and 100 sub-tribes exhibit a strong sense of color and design via their vivid craft heritage, which includes carpet making, masks, painted wood containers, bamboo and cane crafts, woodcarvings, and jewellery crafts. They can also make a variety of items out of goat hair, ivory, and boar’s tufa.

Textile designs seen among Arunachal Pradesh tribes such as Adi, Mishmi, and Apatani are always geometric. Zig-zag lines and geometric patterns are the most common motifs. The floral and Zemorphic motifs are geometric in nature. The most popular patterns are basic and straight lines, stripes, Aa bands, and similar other designs. Contrasts and color combinations are quite popular. The extremely disciplined Adi and Apatani focus on basic straight lines, whilst the strongly individualized Mishmis celebrate pattern. Assamese textile designs have traditionally been inspired by the epics and Mother Nature, with significant geometrical/ floral motifs made in vivid hues for ethnic clothing. Brindavani textiles were the most well-known traditional Assamese fabrics, with patterns portraying many avatars of God Vishnu. Kimkhwab, Boro diamond, Ohol jonberi, Cosa sazia, Miri, and Hatipati patterns are now utilised for ethnic textiles and include geometrical, floral, nature-inspired, and traditional festivals. With the application of jacquard fitted looms, the evolution of traditional textile design in the dominating handloom industry has been observed throughout the couple of decades after Indian independence. The region’s major traditional clothes are Mekhla-Chadar, dhoti-kurta, dokhna, sarees, riha, and japi, all of which make extensive use of indigenous Assamese patterns for fabric decoration. This article includes a study of Assamese traditional textile patterns, as well as their use in the handloom industry for ethnic and tribal clothing in the state.

Assam’s Northeast Handloom goods are world-renowned for their Eri, Muga, and Paat fabrics, which represent Assam’s uniqueness and tribal traditions. Each distinguishing feature of Northeast Handloom products represents the particular personality of the Northeast states. Manipur is a major contributor to the and commerce and cottage industries, making it a necessary employment for the state.

Manipur is well-known for its unique textiles such as moiraingphee, leirum, lasingphee, and phanek. Tribal textiles are made on a loin-loom, a form of back-strap loom used among hill people. A reasonable length and width warp is made and secured at one end to a house wall or two permanent poles, while the other is linked to the weaver’s waist with a cotton or leather belt. The belt is sometimes made from cane or bamboo. Weaving is a global skill, and every female knows how to do it. Her dowry includes the loom. Women weave solely for personal use, whereas males engage in highly organized commercial weaving. Meghalaya, despite its tiny size, is the home of three historic hill communities, the Khasi, Jaintias, and Garos, and is a country of great natural beauty. Cane and bamboo craftsmanship, creative weaving, and woodcarving are all significant crafts. Weaving is the traditional activity of Garo women, and it is now practised by nearly every household. Cotton textile manufacturing is mostly limited to dakmanda, which is worn from the waist to a bit below the knee. Shirting, bedcovers, bed sheets, and tablecloths are also woven by the Garos. The texture and durability of Meghalaya’s endi silk are legendary.

Meghalaya holds a prominent place in Northeast items because its workmanship represents pure culture. Traditional weaving is superior to machine-made clothes because it includes more intricacies, distinct workmanship, and commitment. Sericulture and weaving are important in Meghalaya, where these goods are made in harmony with nature.

Woodcarving is a prevalent activity in the Garo hills and the most important element of Meghalaya’s cottage economy, while carpet weaving, decorations, and musical instruments are additional Meghalaya specialties.

Weaving can commence as soon as the first fruit of the fresh rice is consumed. The loom used in Meghalaya is fascinating to watch in action. The loom is a simple back strap one with a continuous horizontal warp made up of six sticks that serve as warp beams, lease rods, healing sticks, beating swords, and additional warp beams. To begin establishing the loom, the warp beam is firmly connected to the house wall or any other acceptable type of support in a horizontal position. Two loops of bark string are put onto this. The length of the loops is adjusted from a previously woven piece of fabric, and they are put at a distance apart equal to a little more than the breadth of the piece of cloth to be woven.

The bottom bar or cloth beam has notches on both ends to allow the weaving belt to be connected to it. The operator wears this belt at the small of her back. She can retain the appropriate tension on the warp by sitting on a low seat in front of the loom with her feet pushing on a sturdy support. The woman maintains the appropriate tension by sitting with the belt (Aphi) in the small of her back, attached to a bar from which the warp (kotong) flows to the beam, which is securely linked either to the house’s well or to stakes planted in the ground. The heddle, lease rod, and bar above the lease rod, around which the warp is originally wound. The shuttle is fired through by hand, and the weft is pounded up with wax or a very fine white powder obtained on the bottom of a kind of wild plantation’s leaves. The patterns in fabric are created by combining different coloured threads in the warp and weft. Weaving specimens from Meghalaya’s many districts provide a diverse variety and quantity of objects that, as pieces of priceless treasures, demonstrate a high level of design and processing. Wrappers and shawls, waistcloths and bodices, girdles, scarfs, skirts, aprons, and lungis are among the various costumes and apparels, each with its own fashion and style. An skilled weaver needs roughly 10 hours to complete the simple strip, or 30 hours to weave a whole fabric.

Mizoram is known for its beautiful highlands and dense bamboo forests, as well as its rich customs and culture. Mizoram’s important crafts include bamboo and cane craft, pipes, jewellery, and musical instruments. While weaving is an important component of Mizo culture, bamboo and cane handicrafts, woodwork, and metal kitchenware are also important.

Women are primarily responsible for weaving elegant “Puan” (clothes) patterns that depict traditional culture. Puan is a Mizo term for cloth that is decorated with exquisite needlework in the shape of a stripe or an arrow. Both men and women typically wear a Puan, reflecting the colorful culture.

Nagaland, where traditional looms dominate the arts and crafts industry, reflects the rich and expressive culture of Northeast India. Nagaland’s arts and crafts include weaving, basketry, woodwork, and jewellery creation, among other things. The Naga people make a variety of items out of shells and pearls, bird’s wings, and flowers.

Aside from creating things for everyday use like as cutlery, Nagaland’s Northeast Handloom products include woodcarvings typically linked with religious beliefs and rituals. Though basic in shape and style, the colours and patterns represent Nagaland’s deep-rooted and distinct culture.

The simplicity of Tripura’s weaves and products is represented in Risa, one of the most popular apparel items on the international market. The Tripuri indigenous tribes’ devoted and meticulous workmanship gives them a distinct character and global renown. Weaving Together Decades Of Expertise 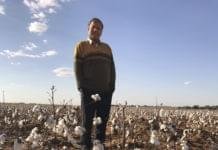 China and Demand in the Cotton Equation